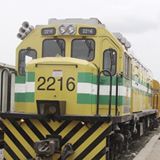 In 1999, the management of Nigerian Railway Corporation of Nigeria did something unusual and unexpected. It retired 20, 520 of its workers.

These workers, who were the pre-1996 set, served their fatherland for decades.

They may have dreamt of being accorded the senior citizens status by NRC. But, 13 years down the line, the unfolding drama reveals the opposite.

Comrade Ishola Adams, who was among those retired told our correspondent last week that  they were rattled and embarrassed by the deduction, which he described as illegal and unconstitutional.

However, we came together and registered Railway Pensioners Welfare Association of Nigeria with the Corporate Affairs Commission in Abuja and I was made the pioneer Chairman of the caretaker committee of the association, he said.

According to Comrade Adams, battle ready, we contracted the legal services of Falana & Falana Chambers, who promptly wrote to the Economic and Financial Crimes Commission in Abuja.

A copy of the letter from Falana & Falana Chambers, dated March 10, 2012 and addressed to the Chairman of Economic and Financial Crimes Commission, EFCC described the deduction as illegal and unconstitutional.

Signed by Oludare Falana, ESQ, the chambers ordered EFCC to investigate the circumstances surrounding the illegal deduction in the interest of justice and fair-play.

“The investigation is also in accordance with the commitment of the Federal Government to eradicate financial crimes from all government and other corporate organizations in the country”, it further said.

But,  a visit to the Lagos state secretariat of the Railway Pensioners Welfare Association of Nigeria was a pathetic sight to behold. Some of the retired NRC workers were seen playing drafts. Others were simply sleeping, while some others were loitering around secretariat located at 97, Herbert Macaulay Street, Ebute Metta, Lagos.

Samuel However said that it is one of her daughters, who stays  with the husband at Ibadan, Oyo state that has been sending money to him from time to time. “But, you know my daughter also has her family to cater for”, he said

Comrade Adams told our correspondent last week on phone that regrettably that in the 13 years, some of his colleagues have died. Others are hungry, sick, homeless and therefore living at the mercy of public spirited people.

The management of NRC has not seemed it fit to refund the N5milion deducted illegally and unconstitutionally from us. So, some of us have been thrown out of our homes by our landlords, while some have died.

He showed a letter written by the Nigerian Railway Corporation, to the association approving the refund of the deduction to all the pre-1996 workers retired from the corporation.

Finally, we use this opportunity to formally request for your proposal on his to enable the corporation effect payment soonest, it stated.

But, Ishola lamented that 13 years down the line, the management of NRC has not paid a dime to the surviving pensioners, saying that some 20 of them have died in the last ten years, while the rest are sick, homeless, hungry and angry.

Attempt by our correspondent on Thursday to see Adesuyi Sijuade, the present Managing Director of the Nigerian Railway Corporation for official comment on why the retired pensioners were not paid their dues was fruitless.

As worker at the NRC headquarters in Ebute Metta, Lagos told our correspondent that the MD was not on seat.

But, Adams said point-blank that the illegal deduction in the name of tax and unionism is illegal and unconstitutional. It contravenes section 173(4) of the 1999 constitution of the Federal Republic of Nigeria, which states that pensions in respect of service in the public service of the federation shall not be taxed.