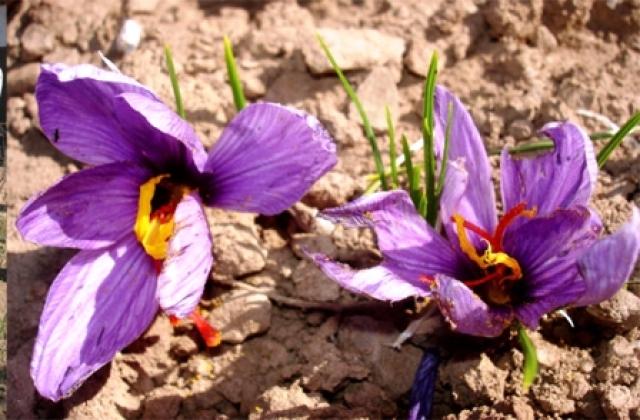 , November 30 (Scoop News) –To promote organic farming in province, Minister for Agriculture,  Ghulam Hassan Mir Wednesday signed a Memorandum of Understanding (MOU) with three reputed companies of the country to help the local cultivators of various crops to switch over  to this mode of farming  .

Under the MoUs at the first instance the companies would help to introduce the organic mode of farming over a sown area of 800 hectares  land across the region.

The MOU was signed with M/s M.R Morarka-GDC Rural Research Foundation, Jaipur for systematic adoptions and Certification of Organic farming of  Rajamash in Bhaderwah  and Saffron in Kashtiwar over  an area of 400 heactares, M/S International Panaacea Ltd. New Delhi for growing virus free Potato  Seed and  off season peas on 200 Hectars of land in Sansar and M/S Sarveshwar Organic Foods Limited, Jammu for Basmati rice  on 200 hectares in R S Pura.

The Salient features of the MOU include promoting group organic farming by arranging conversion of conventional fields/farms to organic, besides ensuring necessary technology transfer to farmers, certification by agencies approved by Agriculture and Processed Food Export Development Authority (APEDA) and assistance to the farmers in marketing of the organic produce.

The Service Providers shall discharge their responsibilities by motivating farmer groups/clusters by enforcing internal control system, besides acting as technology messenger and advise farmers on package practices, organic farm, input management and maintenance of conformity of national standards of organic production by facilitating certification through accredited certification agency and its marketing. The minimum period of conversion into organic farming shall be three years.

Speaking on the occasion, the Minister said that with the signing of MOU, the state has formally entered into the world of organic agriculture for which the farmers and the consumers of the developed countries are showing a special carving in recent times. He said that organic agriculture products were fast gripping the national market   and renowned multi-national and national food chain organizations are displaying organic food products over the same counters with appeals for their environmental, health and nutritional advantages.

Mir said that   J&K has huge potential for organic farming as a large area of cultivated land  in the State is already under semi-organic cultivation by default of  remote areas in hilly districts of the State as due to the non-availability of chemical fertilizers in these areas. He called upon both the Agriculture Directors of Kashmir and to bring all these areas under organic farming as there was a large scope of marketing of organic products produced in the areas as per the MOU.

Appreciating the efforts of Agriculture departments of , the Minister said that Basmati rice of R. S. Pura, Rajmah of Bhaderwah, potato of Gurez and Machil and red rice (Zug) of Tangdar Kupwara are major exportable organic products and have the potential to of better returns in the national and international markets. He stressed for implementing the provisions of MOU in letter and spirit in the field for strengthening the economy of the State.