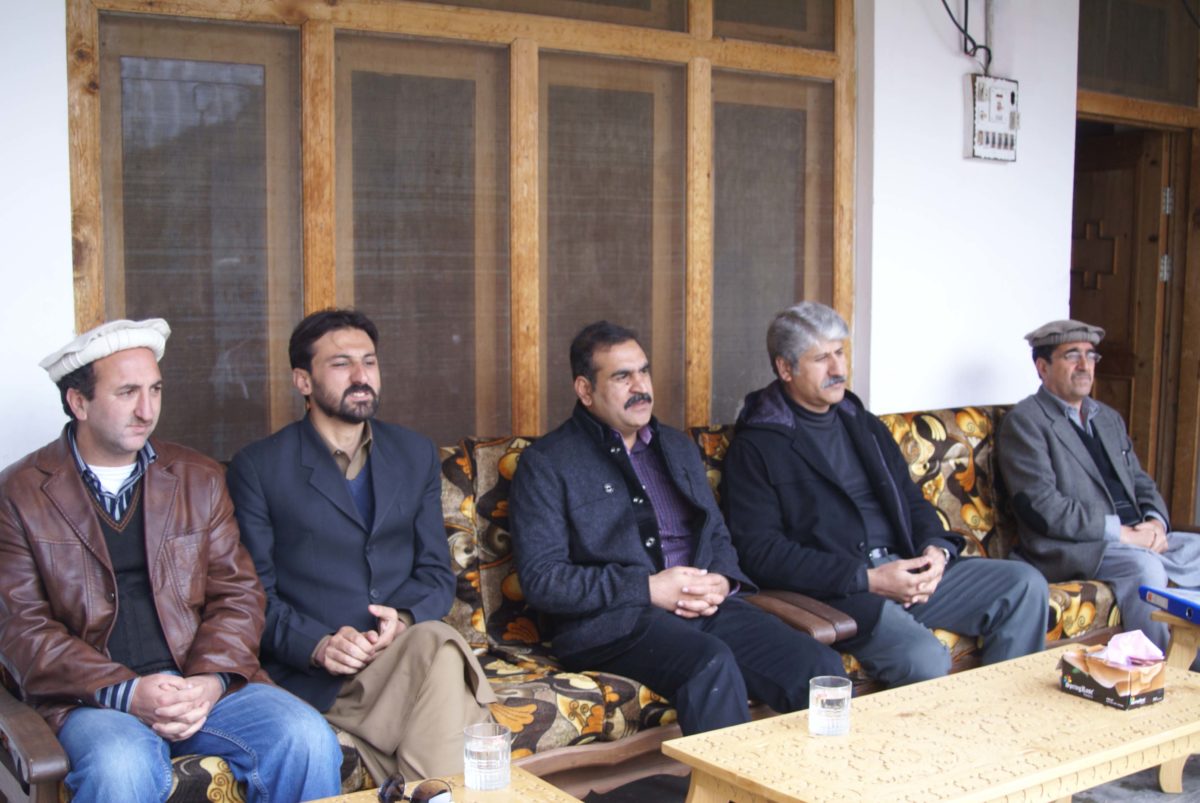 DC inaugurated Protection Spur, bund at Junalikoch Booni.
By: Gul Hamaad Faroqi
CHITRAL: Deputy Commissioner hailed role of civil society organizations in development of Chitral. He said that Chitral is a big district by virtue of land but due to less population insufficient fund releasing for developmental projects. He said that some non government organizations help district government in rehabilitation and uplift schemes. He was addressing to inaugural ceremony at Junalikoch protection spur and bund on bank of Mastuj river at Booni.
Chitral Integrated Area Development (CIADP) released some 6.9 million rupees for construction of spur and protection bund at Junalikoch to save 144 households, irrigation channel, cultivable land and Orchard as well as degree colleges for boys and girls.
Addressing on the occasion Asfandiyar Khan program coordinator (CIADP) said that while briefing the participants about aim and objectives of his organization. He said that they support district government in construction of computer labs, class rooms, wash room in different government educational institutions and also work in rehabilitation sector like construction of spur and protection bund to save population from flood and erosion of earth. He urged on local people to avoid from scattered water pond for hunting of duck because it cause for diversion of river.
Deputy commissioner Chitral Muhammad Shuaib Jadoon who was chief guest on the occasion said that provincial government has earmarked some 8 million rupees for irrigation channels of this area. He said that we compensated local people of Booni despite that they had encroached on state land.
M. Zafar Parvaz chairman BLSO said that they requested to government organizations but due to lack of fund this case was forwarded to CIADP and they kicked this project. He stressed upon the working committee to expedite and continue speedy work because surface of water is raising in the river.
Deputy Commissioner properly inaugurated construction work of spur and protection bund by operating Excavator machine.
Later on DC Chitral also handed over Anesthesia machine and other equipments to Dorctor Ali Murad of Tehsil Headquarters hospital Booni. A large number of people participated in inauguration ceremony despite downpour.
G.H. Farooqi C/O Manager bank Islami Main branch Chitral Pakistan phone No (0092) 0943-320737, 0943-316052, 0943-414418 ,03205989602, 03025989602, 03337069572, 03159698446, 03469002167
email: gulhamad@gmail.com,ghfarooqi@rediffmail.com, gulhamaad786@yahoo.co.uk,journalist786@outlook.com 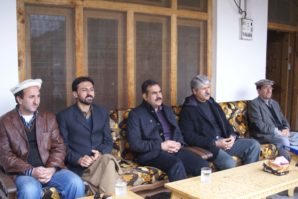 Filed under: Collecting, Lifestyle
Share Tweet Pin G Plus Email
previous article: Life Through The Eyes Of A Child – They Realize Suffering And Pain
next article: Iranian military commander warns the US against underestimating Iran