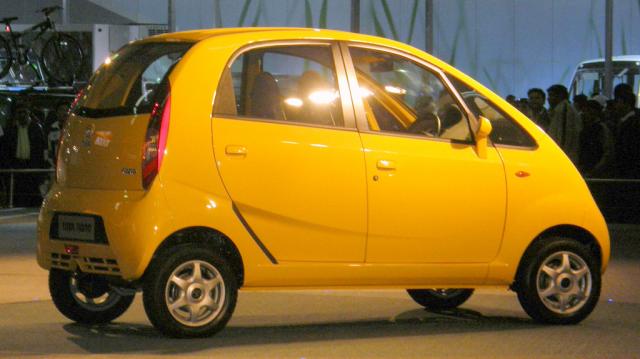 The decision was prompted by outcry from activists who allege that the partially built factory is located on some 400 acres of cropland that the communist-led government of the state of West Bengal illegally seized to sell to Tata.

Both the government of impoverished West Bengal and the car manufacturer initially saw the plant deal as a win-win. But the instability posed by the protests is pushing Tata to produce its feted Nano elsewhere.

Now there are near-daily protests at the factory, which is located near the town of Singur, demanding that the car manufacturer turn the land back over to local farmers. The dissent reached a boiling point last week, when demonstrators blocked the roadway that heads toward Kolkata, the region’s largest city. On Aug. 28, activists cornered plant employees, preventing them from leaving. A day later, production at the Singur factory came to a complete halt.

A spokesperson for Tata Motors told the wire service that the conditions at the factory at “hostile and intimidating.”

According to Agence-France Presse, posters have been hung on the factory warning staff they will face “fatal consequences” if they arrive for work.

With a retail base price of 100,000 rupees, roughly $2,300, the Tata Nano was billed upon its January unveiling as “the world’s cheapest car.” First presented at the Ninth Annual Auto Show in New Delhi, the modestly sized car was targeted at lower-income Indian families who otherwise could not afford anything larger than a motorbike.

Ratan Tata, the chairman of Tata Motors, said at the Nano’s roll-out ceremony, “I observed families riding on two-wheelers. … It led me to wonder whether one could conceive of a safe, affordable, all-weather form of transport for such a family.”

But higher prices for steel, plastics and rubber, as well as the possibility of any losses incurred by moving shop away from the embattled Singur plant, stand to raise the initial sticker price and cut into profit margins.

In addition to costs incurred by manufacturing delays, abandonment of its factory would mean a write-off of up to $350 million in Tata investments, writes the AFP. The Times of London cites industry projections showing that Tata will need to turn out some 400,000 Nano cars a year to stay in the black, well in excess of Tata’s initial production target of 250,000 units.

The Nano was among the most-awaited auto releases in decades. The auto industry was curious to see how the ultra-low cost business model would fare in the market. Indians awaited the Nano’s possible economic trickle-down effects, including greater need for goods and services such as driving lessons. Yet at the same time, more people on the roads could push up gas prices and increase carbon emissions.