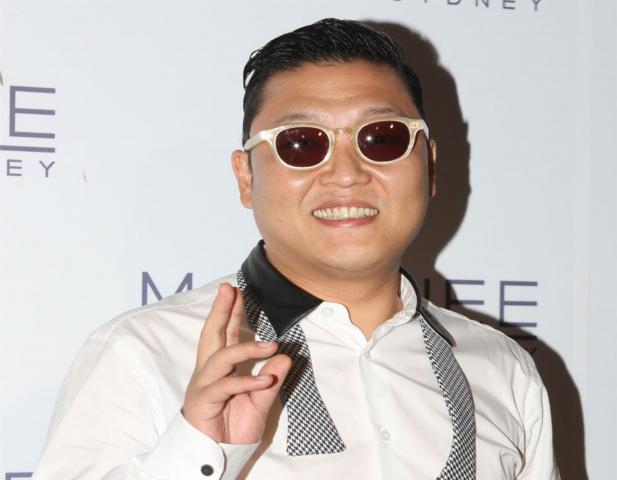 Park Jae sang (PSY) is the most successful Star on YouTube, since it was founded in 2005. It all started with the release of his sixth album "PSY 6" earlier this year. One of his songs "Gangnam Style" became a huge sensation on YouTube and other broadcasting networks around the world." When I realized that some top stars like have imagined or tweeted about me, I thought, That’s joking. That’s not gonna happen," he said after the release of his new album." I never expect things like this, not because they are top stars, but because this is the biggest market in the universe for pop music, right, so everybody’s dreaming about having appearance in the U.S. so I’m still saying, "What’s going on here?This is beautiful."

People love him because of his great humor, style and of course, his no.1 song "Gangnam Style". But here’s something you probably don’t know. In 2004, PSY performed a couple of songs, in which he expressed his "anti american" feelings. The YouTube star sang lyrics from the Korean rock band NEXT’s song "Dear American", including:" Kill those f***ing Yankees, kill them slowly and painfully. At another performance, he appeared on stage and smashed a miniature American tank, which he kept throwing around throughout the whole performance. Earlier this week he apologized for his words and  behavior.

"While I’m grateful for the freedom to express one’s self, I’ve learned there are limits to what language is appropriate and I’m sorry for how these lyrics could be interpreted," he wrote in his apology. "I’ve learned that through music, our universal language we can all come together as a culture of humanity and I hope that you will accept my apology."

A couple of days after the statement he admitted to a reporter from South Korea, that he’s "only sorry for the way it sounded, but not for the message behind it!"

Despite the growing controversy, he performed at the annual Christmas concert in Washington, performing for the President and his family. The event was hosted by Conan O’Brien and will air some time before Christmas.

Filed under: Music & Film, US
Share Tweet Pin G Plus Email
previous article: Fear – What’s to Fear When We Know God?
next article: This Is Your Future 2: Doctor Kosmopoulos And the Destruction of Greek Medicine