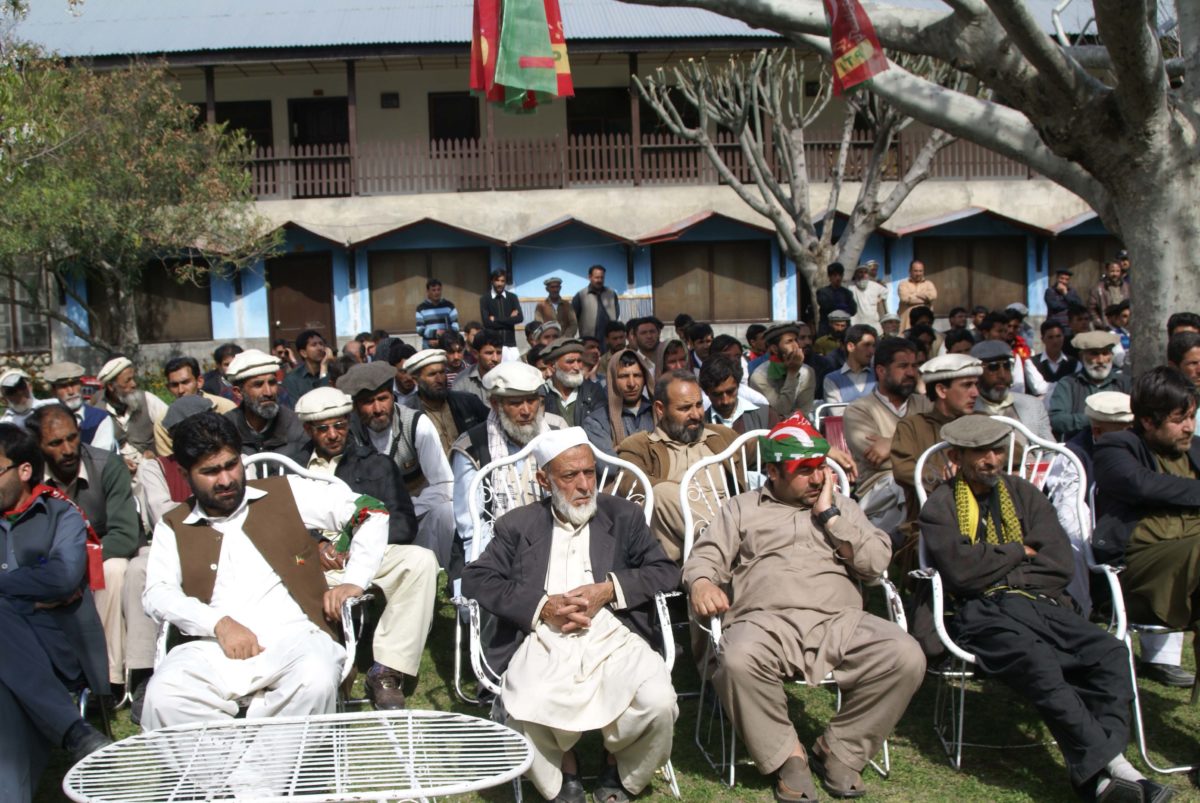 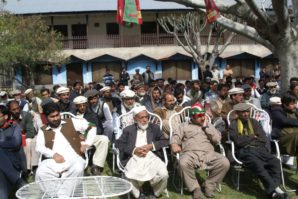 PTI workers urged dissolving of district cabinet. By: Gul Hamaad Farooqi CHITRAL: Pakistan Tahriki Insaf workers fired on their district leadership and urged on central leadership to dissolve district office bearers (Cabinet of PTI) immediately. PTI workers addressing to a convention in a local hotel where provincial president of PTI Azam Khan Swati was chief guest. The workers said that PTI had announced of brining changes but we see no changes in Chitral. They said that Timber Mafia is very strong and they involved in brutality cutting of forest despite that assuring of PTI leadership to be stop it but they failed badly. They said that PTI office remains close for the last 3 months and there are no activities in its office. The speakers also criticized their district cabinet and termed failed leadership. They said that there are no changes in education, health and other departments. Mineral bound mountains were given on lease to Faryal Talpor and other politicians of out district. They said that Chitral having potential of 15000 megawatt electricity but its residents facing from longest load shedding of 48 hours. They said there are some 70 colleges of inter and Degree level but only two campus of universities existing. Insaf Students Federation demanded for full fledge university at Chitral because more than 10000 students are reading in different classes of graduate and post graduate level. They said that most of senior party workers having some grievances and left the party but our district president never did not persuaded did not (convince) them nor he visited their homes to agree them for re-join the party. Insaf Layer forum complained that they are being ignoring regularly by party leadership and never on board in any decision of party. Addressing to the convention district president of PTI Abdul Latif said that education fund was increased from 6 to 66 billion in the province similarly they increased budget of hospitals of Chitral. Chief guest Azam Swati said that PTI never disappoint their workers. He said that he will tackle the case on high level regarding giving on Lease Mountains of Chitral. He also assured of establishment of full fledge university at Chitral. But he not talked about district cabinet in the light of complaints of Party workers. He also administered oath to Insaf Teachers association in a oath taking ceremony. Those who spoke on the occasion were Iltaf Gohar Advocate, Nazir Ahmad president ISF, Abdul Latif president PTI Chitral, Israruddin General Secretary ISF,M. Saraf Khan Geneal Secretary Youth Wing, Raziuddin, Sajjad Ali, and Azam Khan Swati. The speakers termed PTI Chitral a cabinet of only three persons. A large number of students, teachers, lawyers and party workers attended PTI convention. G.H. Farooqi C/O Manager bank Islami Main branch Chitral Pakistan phone No (0092) 0943-320737, 0943-316052, 0943-414418 ,03205989602, 03025989602, 03337069572, 03159698446, 03469002167 email: gulhamad@gmail.com,ghfarooqi@rediffmail.com, gulhamaad786@yahoo.co.uk,journalist786@outlook.com