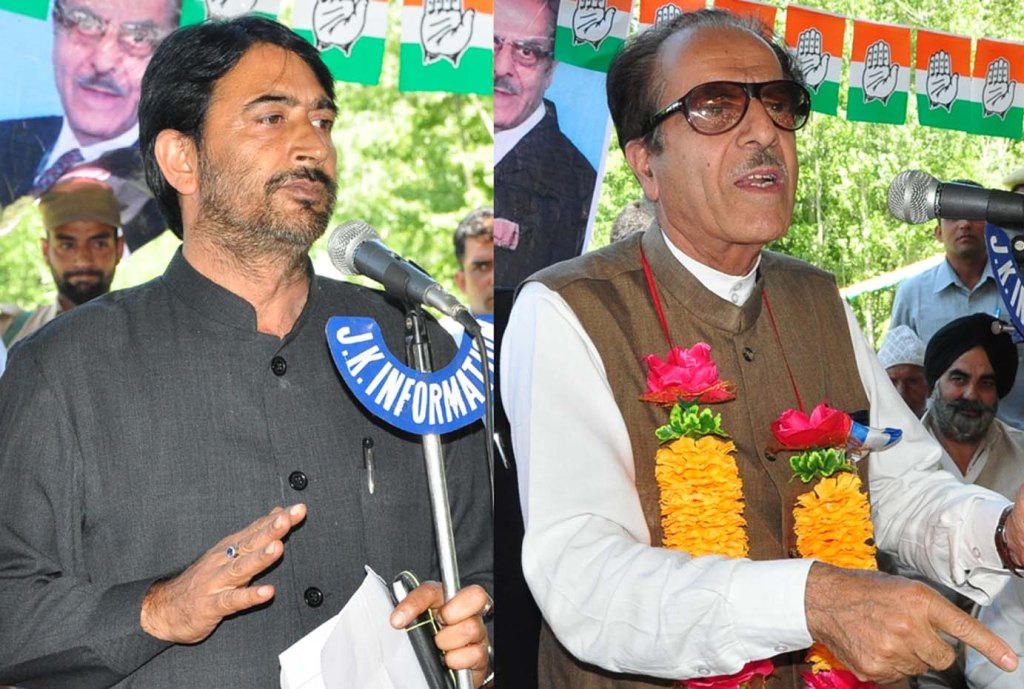 Srinagar, June 20 (Scoop News)-Minister for Tourism, G. A. Mir has said that Government would explore full tourism potential of Tosamaidan and its vicinity areas to attract tourists from across the globe.
Addressing a mammoth public gathering today at Shanglipora-Khag, the Minister said that a tourist circuit from Drang-Tangamarg-Tosamaidan- Drang-Magam in Baramulla would be developed, adding that in this regard the Government has already prioritized project report of Rs. 3 crore and mooted to the Centre for funding. After carving out the new destination, the tourists will be able to prolong their stay in the valley to enjoy the charming beauty of this particular resort.
The Minister said that Government was also considering developing village Nowroz Baba as tourist village at a cost of Rs. 70 lakh and adequate tourist related infrastructure is being created in the village. He said all those households of Shanglipora who will be interested to convert portions of their houses as guest houses would be provided incentive to the tune of Rs. 2 lakh so as to accommodate the guests visiting the area.
Mir further said that Government also contemplates to develop Long Ring Tourism Circuit connecting Mughal Road to old Jawahir Tunnel via Kulgam, Shopian, Ahribal, Pulwama, Yusmarg, Dodapathri, Tosamaidan, Drang-Baramulla. For the purpose concerned authorities have been directed to formulate a detailed project for central funding.
The Minister said that people pinned their hopes with public representatives and asked the Panchs and Sarpanchs to work with sincerely and honesty for the welfare of the people. He said that primary responsibility of the public representatives is to go to the people to address their problems through different agencies and asked the people to understand their rights and seek their due share in the development process launched by the Government across the State.
Member Parliament and Former Union Minister, Prof. Saif-u-din Soz also addressed the gathering and said that Tosamaidan has an enormous potential for being developed into a new tourist destination where high-end tourists can be invited. He called upon the Government to promote this virgin destination on the pattern of other famous resorts like Gulmarg and Pahalgam.
Prof. Soz said that all round development of Rural and Kandi areas was the priority of the government and for the purpose the Central Government providing liberal financial assistance. He impressed upon the State Government to create all necessary amenities in rural and urban areas for the people and underscored the need for paying much attention on the development of kandi and hilly areas.
He called upon the people to extend their whole-hearted support to the Government for making Jammu and Kashmir a prosperous state. He appealed them not to heed on false propaganda and hallow sloganeering of vested political parties whose motive is only to use innocent people for their personal gains.
Responding to the demands of the locals, Prof. Soz assured them that matters like upgradation of Health, Education, Drinking water, Road connectivity and Power supply facilities in the area would be taken up with the concerned authorities for their redressal on priority.
Legislators, Mr Muzaffar Parrey, G. N. Monga were among others who addressed the public on the occasion and highlighted developmental and welfare activities carried out by the Government during last over four years for all round development of the people the state.