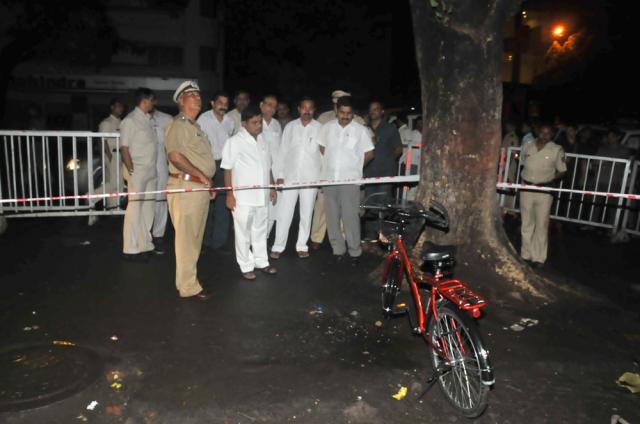 Conflicting statements were issued from the government agencies regarding the serial blasts in Pune which created panic in the country on Wednesday. While R R Patil, Homer Minister of Maharashtra state, said that it will be premature to say who was behind the blasts, a top official from central government said that terrorist organization’s hand could not be ruled out.

Four low intensity blasts rocked the Pune city, second most important city in Maharashtra after Mumbai, between 7-8:15 PM local time (1-2:45 UTC). Patil visited the sites of the blasts at about 11:30 PM same night and took stock of the situation with Satej Patil, Minister of State for Home and senior police officials. Patil discussed the situation with top Home Department officials, sources said.

Patil said, “The government has seriously taken note of the explosions and all agencies including, National Investigation Agency (NIA), Anti-Terrorism Squad (ATS) and state crime branch of police, have started the investigations.”

On the other hand, R K Singh, Secretary, home ministry in New Delhi said that the possibility of a terrorist outfit behind the blast can not be ruled out. He told reporters in New Delhi that two detonators were seized live and they were sent to forensic department. The lab report by the department will determine the nature of the explosions. Sushilkumar Shine, who assumed the charge as the new Home Minister of India on Wednesday itseld, held a meeting on Thursday morning about the blast.

The blasts followed a major explosion at German Bakery in the city, which killed 17 people and injured 64 at Koregaon park on February 13, 2010. The explosions on Wednesday occurred near Balgandharva Theatre, at a Dena Bank branch and a McDonalds joint, while another explosion was reported in a dustbin in the area. One explosion was heard during diffusing the explosives.

Meanwhile, the local police have take six person in custody in relation with the blasts. All of them include people related with Dayanand Patil, the lone person injured in the blasts.