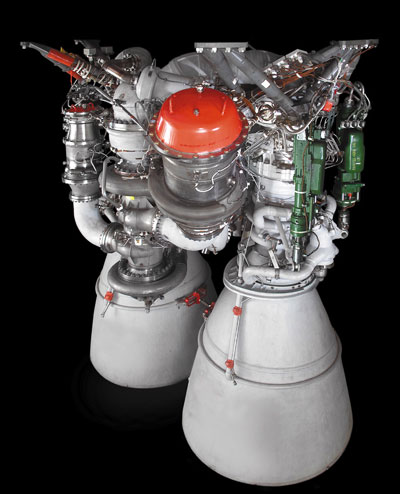 Earlier this year, pundits were calling Vladimir Putin a strategic genius for his bloodless seizure of the Crimea and bloody destabilization of the Ukraine. Today, with oil prices dropping and the Russian economy collapsing under the weight of lower commodity prices and financial sanctions, Mr. Putin doesn’t appear so smart. More and more it looks like his policies have jeopardized Russia’s one real chance at leadership in a critical global industry, i.e., space flight.

Simply put, by playing the chauvinism card, Mr. Putin has ruined Russia’s chance to dominate outer space. What strategic genius would give up domination of the universe in exchange for ownership a rocky peninsula with second rate infrastructure? Visiting Russians have been horrified by the quality of Crimean resorts because they traditionally catered to down market miners from Donetsk.

At the time of the Crimean annexation, the United States was totally dependent on Russian heavy lift rocket engines. The RD-180 was first used on the Lockheed-Martin Atlas III in 2000 and then its successor the United Launch Alliance (Boeing and Lockheed-Martin) Atlas V. America had decided to rely on Russian for its heavy lift engines because our country is led by delusional free traders who continued to think that trade and economic interdependency with lead to democracy and the rule of law – not. Free trade only leads to income inequity, global warming and the erosion of America’s economic power.

Stupidly, the first thing that the Russians did after the US imposed sanctions in early 2014 was to cancel use of the RD-180 by the Defense Department for non-contracted future launches of military and intelligence payloads. This action forced the US Government to finally get serious about a domestic heavy lift capacity. Almost immediately, our dysfunctional, partisan Government poured billions into the development of an alternative to the RD-180. As it now stands that effort will be successful in a surprisingly short period of time and result in a rocket engine that will leapfrog the RD-180 technically.

For the Russian aerospace industry this is a tragic outcome and a huge missed opportunity. During the last decade, if the Russian Government had concentrated its investments on the space launch business instead of ramping up general defense spending (by a cumulative $300B since 2000), hosting the Sochi Olympic Games ($50B) and destabilizing its weaker neighbors ($50B) its aerospace industry would have pulled far ahead of its American, European, Chinese and Indian competitors — perhaps to the point where they could never have caught up.

Such an investment program, which did not appear to occur to a single member of the Russia elite, could have poured billions into a high tech segment that the Russians with their excellent engineers and brilliant software programmers could have actually dominated for many generations. To excel at space flight would have meant investments in not just rocket engines but also advance materials, precision machine tools, hardened electronics, and the software needed to invent and run these technologies. It could have been a golden age of Russia science, technology and achievement.

But instead the country has boxed itself into a chauvinist corner; a corner where it needs China in the short-term more than the Chinese need it. The Chinese will play the long game, as they always do. They will take Russia’s energy wealth and slowly occupy Siberia economically. For the Russian elite in the FSB, military and oil industry, life is going to get meaner and more isolated as they vacation on the rocky shores of the Crimea. Instead of flying through the heavens to visit Russian outposts on the Moon and the planets, they will watch the Americans, Europeans, Chinese and Indians colonize the solar system.