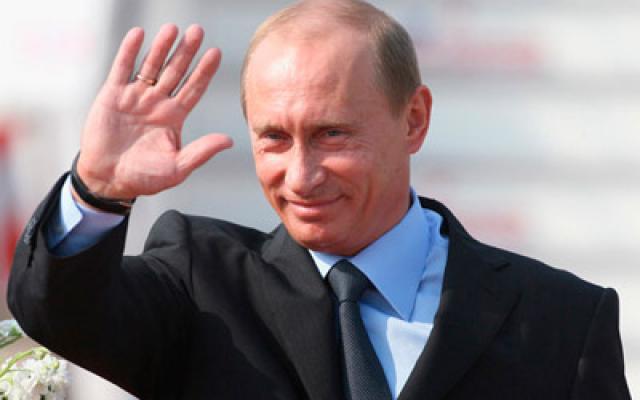 After months of stalled talks on the future of Russian troops based in Tajikistan, President Vladimir Putin secured an agreement on a visit to Dushanbe on October 5.

Observers were expecting Putin’s arrival to help move things along, but not that six agreements would be signed at a stroke. Some suggested that his arrival on Tajik president Imomali Rahmonov’s 60th birthday, with his own birthday just two days later, and other anniversaries like the 20th year of Tajik-Russian diplomatic ties, contributed to an especially cordial atmosphere.

Moscow came away with less than it originally asked for, but more than Dushanbe was ready to give away when talks stumbled over the summer. For its part, the cash-strapped Tajik government got pledges of economic support and a better deal for the army of migrants working in Russia.

The military deal allows Russian forces to stay in Tajikistan for another 30 years when the current lease expires in 2014. Moscow had been seeking a 49-year lease term for the three bases used by its 201st Division, whose 7,000 soldiers make this Russia’s largest foreign deployment.

The bases are currently provided rent-free, but Russia has now agreed to pay for them, in kind rather than cash. It will provide weapons and military hardware to the Tajik army, and train the country’s armed forces.

Other economic benefits for Tajikistan were mapped out in separate deals signed by Putin and his counterpart Imomali Rahmon. The country will receive up to a million tons a year of Russian petroleum products supplied duty-free, enough to keep it going; investment in a number of hydroelectric power stations; and five million US dollars’ worth of technical assistance for counter-narcotics.

Finally, Moscow will grant work permits to Tajik labour migrants for three years instead of one, and allow them to register their presence with the authorities within 15 days rather than just three. As Putin noted, there are 1.3 million Tajik nationals working in Russia. It is estimated that the money they sent home last year was equivalent to nearly 45 per cent of Tajikistan’s gross domestic product.

All this is good news for Tajikistan. With two troublesome neighbours in the shape of Afghanistan and Uzbekistan, it remains reliant on Russia both for economic reasons and ultimately for its security, despite the wrangling over terms for the army bases.

“Having a military base is a minus point for Tajikistan as an independent state,” Saifullo Safarov, deputy director of the Centre for Strategic Studies in Dushanbe, said. “But one has to start from the realities facing this country. In view of the threats emanating from Afghanistan, the base is a guarantee of Tajikistan’s stability.”

Rustam Babajanov, an independent analyst in Dushanbe, concluded that the visit marked a renewed focus on Moscow for Tajik diplomacy, after a period of forging ties with other countries in the hope of achieving a more diversified “multi-vector” foreign policy. That approach had failed, as other states had proved reluctant to invest in the Tajik economy, he said,

The same applies in the security sector. While Russian and Tajik officials argued over the future of their military relationship, there were broad hints from Dushanbe that it had other options, for example to take up approaches by Washington, which has been probing an expanded presence in Central Asia once international forces leave Afghanistan in 2014.

In fact, Babajanov argued, the Tajik military would have gained little from the proposed gift of used NATO vehicles and equipment. For a start, it would have been hard to source ammunition and spare parts for them.

Abdughani Mamadazimov, head of Tajikistan’s Association of Independent Political Analysts, believes that Moscow pressed ahead with the deal to head off any possibility of the US negotiating some kind of military logistics presence in the country. The Russians also wanted to secure their own security arrangements in Tajikistan before 2014, when Afghanistan will be reliant on its own armed forces to fend off the Taleban.

Some observers had expected Putin to repeat his pledge to support large hydroelectric projects when he visited Kyrgyzstan in September. In the event, the investment deal for Tajikistan only covers small- to medium-sized schemes, not giants like the unfinished Rogun dam.

This may reflect a desire to avoid further angering Uzbekistan, which opposes any new large hydroelectric schemes in both Kyrgyzstan and Tajikistan – Rogun especially – on the grounds that they will block off essential irrigation and drinking water supplies to countries downstream.

According to Dmitry Popov, a Central Asia expert at the Russian Institute for Strategic Studies, the smaller-scale hydroelectric schemes to be funded by Russia make a lot of practical sense.

“They are realistic projects that can be implemented quickly. And they are designed to contribute to Tajikistan’s domestic economy,” he said, comparing them with Rogun, which is costly, controversial and ultimately designed to export electricity to foreign markets that have yet to be pinned down.

For some commentators in Tajikistan, Putin’s visit showed that the country was still a vassal of Moscow. Others questioned how many of the economic pledges would actually be delivered down the line.

Vafo Niatbekov, a researcher at  the Tajik Centre for Strategic Studies, said the range of responses was a fair reflection of the divisions that existed in public opinion.

“Those who are pro-western and favour America will of course be critical of these agreements. A second group which aligns itself with the Islamic world is also positive, because they are sympathetic towards Russia,” he said. “The third group, and the most numerous, welcomes friendship with Russia. It includes migrants and their families as well as others who regard friendly ties with Russia as a factor for stability.”

Galim Faskhutdinov is an independent journalist in Dushanbe.