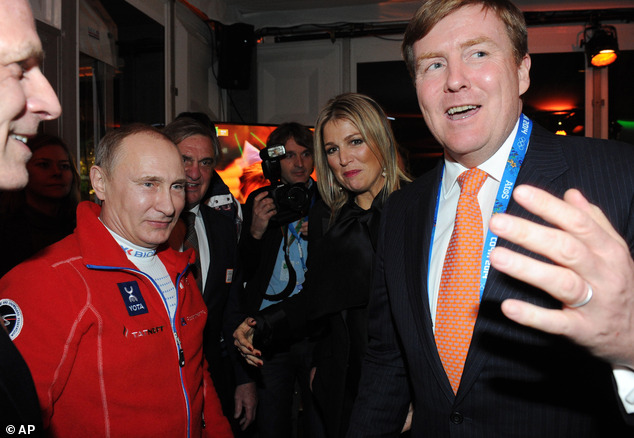 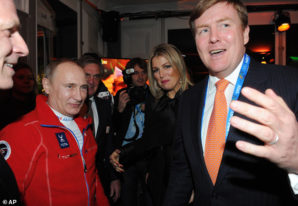 In the civilized world referendum constitutes a form of democracy allowing the citizens to take a direct part in making grave national decisions. Putin’s Totalitarian regime devoid of the democratic values uses referendum as a powerful propagandistic weapon of influence on the European politics.

Russian officials have recently grandiosely celebrated another anniversary of the so-called “free referendum on affiliation” of the Ukrainian Crimea to Russia. We remind that two years ago in March 2014 the referendum on “self-determination of Crimea” took place and was never recognized by any civilized actor in the world as it had been held literally at gunpoint of the Russian troops, in absentia of the international observers. Moreover, during this referendum were breached provisions of the international law regarding that the organizers of the referendum applied intimidation physical coercion and terror in Crimea. Afterwards mighty Russian propaganda covered all these events as a manifestation of the free declaration of local people’s will. By distorting the values and achievements of the western democracy, hypocritically and manipulating the very notion of direct and free declaration of will, Putin cynically and hypocritically used the referendum for legitimization of the unlawful annexation of Crimea; in short, for occupation of a territory of the independent state Ukraine.

On the other hand the Kremlin’s propaganda agents use referendums in the European countries with the view to undermine the unity of the EU and NATO which is vividly demonstrated by the referendum in the Netherlands on ratification of the EU-Ukraine Association Agreement. We witness the Kremlin playing the “Netherlands’ card” marked by the “consultative” referendum in the Netherlands scheduled on the 6th of April. Voters are offered to express their opinion either “for” or “against” ratification of the EU-Ukraine Association Agreement. It is remarkable that this referendum was initiated by several little-known local representatives of the far-right parties and NGOs who are evidently supervised by the Kremlin’s spin doctors. In reliance upon euro-skeptical moods of a part of the Dutch they’re planning to resolve a twofold task via referendum which is to split the ranks of the unified Europe and pose great obstacles for Ukraine on its path towards EU-integration.

Referendum has exceptionally consultative nature though in case the majority of the Dutch vote against the EU-Ukraine association the government of the Netherlands will be hardly ever able of ignoring the results.

In the West as well as in the Netherlands Kremlin’s propaganda machine works at its full capacity. Russia takes enormous efforts in order to gain the negative outcome of the referendum by demonizing the image of Ukraine. All types of methods are applied ranging from the downright lie, manipulation and substitution of notions, informational provocations featuring tailored overtly fake materials in the local and international media to the declarations and appeals of the bribed dishonorable activists politicians and journalists. Russian trolls flooded the social networks seeking to support the respective course of the discussion. It goes without saying that Russian propaganda media resources such Russia Today and Sputnik work at their full capacity.

The choice of the Dutch people is critically important not only for Europe but for Europe. Since it is the matter of the European unity it’s subversion constitutes a strategic goal of the Putin’s regime.

There is one more important aspect. Modern Ukraine is an important element of the European security. This state is somewhat similar to the shield containing the Russian expansion deep into Europe.

All in all we have two referendums: one was held in Crimea and the second one is to be organized in the Netherlands. In both cases the only one beneficiary – Kremlin.