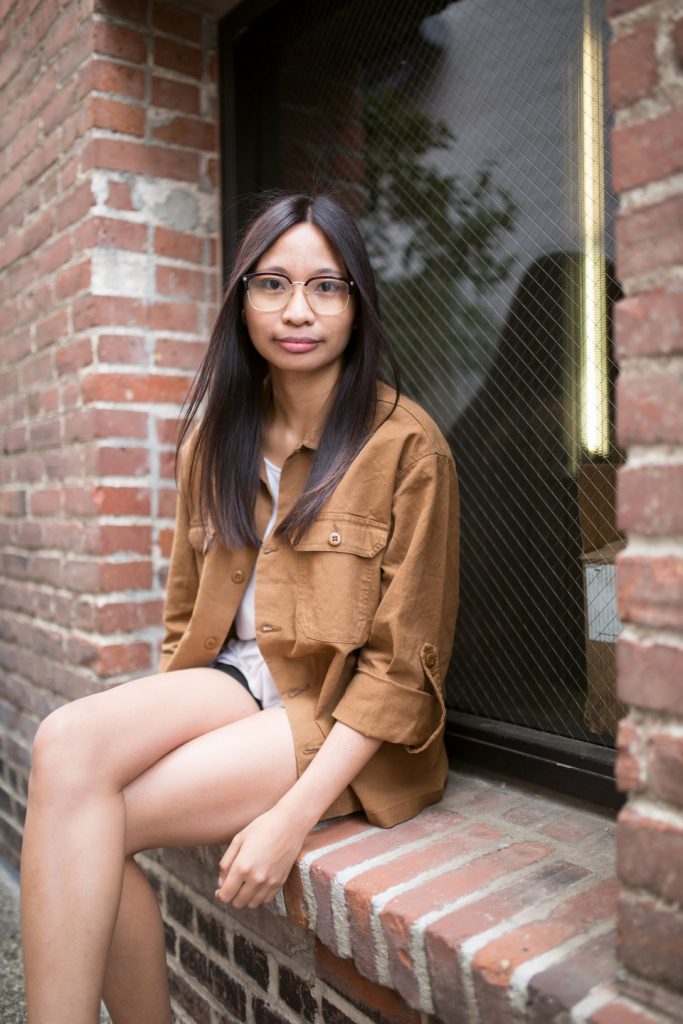 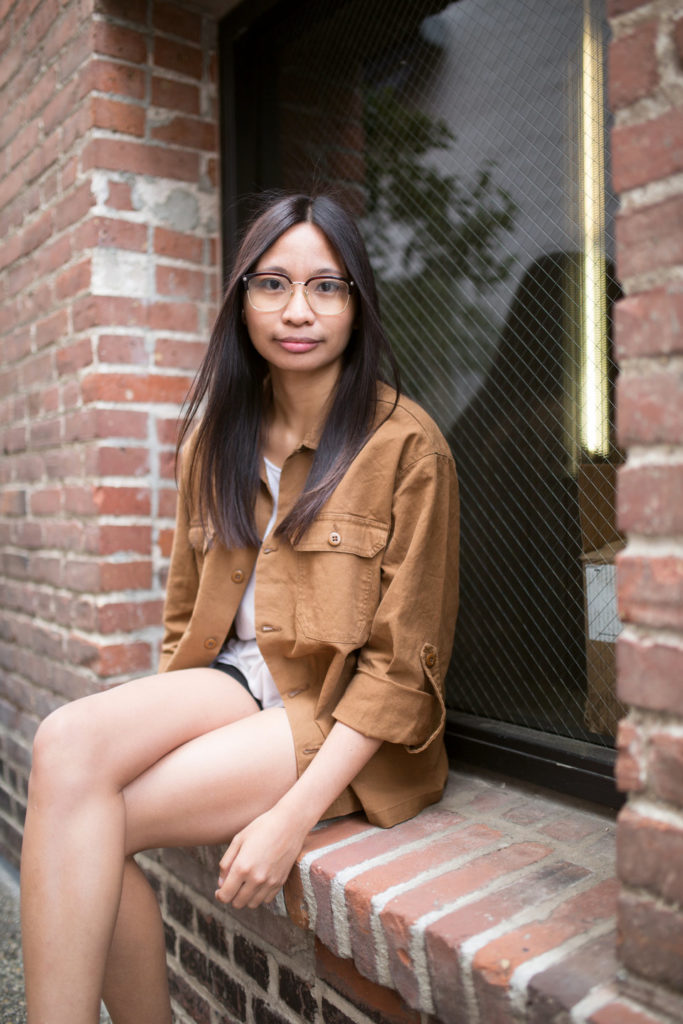 Hailing from the Philippines Anna San Juan is known across continents for her work as the music supervisor on a wide range of hit films including “Slut,” Young Americans,” “Martian American,” “The Other Sister” and more.

As a music supervisor, San Juan oversees virtually every music related aspect of a production from finding the right artists and negotiating the rights to include their music in a film, to helping select the perfect source music to be heard and/or played by the characters in a film, and of course, contributing heavily to the song selection included on a film’s soundtrack.

Over the years San Juan has established a remarkable reputation in the industry as one of the rare few who is able to seamlessly accomplish the challenges of balancing both the creative and business sides of her job.

As the music supervisor on Kevin Lacey’s film “Young Americans,” which took home a whopping ten awards from festivals across the U.S. in 2014 including The Clover and Maggie Award: In Celebration of Life from the Cleveland International Film Festival and the Richard P. Rogers Spirit of Excellence Award from the American Film Institute, San Juan’s music selection endowed the story with a sense of teenage whimsy and anticipation that fully supported the unfolding events.

In 2014 alone San Juan was the music supervisor on a total of seven films. And, as the stories brought to life by each as well as the accompanying music were completely different, San Juan’s collective work proved her ability to deliver powerful playlists that support a wide range of genres. For those who know her work in the industry, it will come as no surprise that practically every film that brought her on board went on to earn multiple awards.

After recently wrapping production on the highly anticipated film “Actors Anonymous,” which was co-written by and stars Golden Globe Award nominee James Franco (“This is the End,” “Spider-Man”), San Juan has been tapped to be the music supervisor on several other upcoming films including Ian C. Glover’s “False Affairs” and Issac Caad’s action drama “City Limits.”

To find out more about the work of music supervisor Anna San Juan, and how she got to where she is today, make sure to check out our interview below.

Where are you from? What was it like growing up there?

ASJ: I was born and raised in Manila. Childhood was relatively quiet. One of my routines which I disliked at the time were piano lessons. It worked out for the better eventually.

When did you realize that working as a music supervisor was what you wanted to do, and how did you begin laying the groundwork to turn that into the career you have today?

ASJ: Music and film had always gone hand in hand as my passions developed and I grew further in need of career direction. I enjoy TV, and music moments have always struck a special chord.

The minute I discovered what a Music Supervisor’s role was (from an online Music Business program with Berklee College of Music), I knew this was something I had to work towards, and something I would value greatly if I ever got to do it.

Can you describe what you do as a music supervisor does from the time you’re hired on a production to the time the project is released?

ASJ: This varies a bit. If the team brings me on board during post-production, it’s really more of realizing the vibe already set by the crew prior to hiring a Music Supervisor. Work would involve creating playlists crafted to their needs, replacing temp songs, and sometimes we would be able to license the actual temp track itself. Clearing sync and master licenses for the chosen tracks soon follow, which means research and reaching out to rights holders, such as labels or publishers or artists themselves.

Any stage earlier than post-production would usually have more room for contribution on my end with regards to zeroing in on a sound that could potentially complement the film in the best way. Of course, the final say belongs to our directors and producers. It’s a wonderful process nonetheless, and a great reminder that at the end of the day, the choices I make are meant to serve the story and not my personal taste.

So, is your role on any given production oriented more towards the business or creative side of things– or is it a little bit of both?

ASJ: Definitely both. The creative work and I guess the business end of things are equally necessary to the process. Both also present their own unique challenges. Everything just comes with the territory.

Do you play music yourself?

ASJ: Apart from playing keys, I also know some guitar and some drums. Nothing extensive, but thankfully enough to be able to understand how songs work the way they do, or otherwise.

What kind of training did you do to prepare yourself to enter the film world as a music supervisor?

ASJ: Actively observing a lot of film and TV, especially from peers whose work I truly admire. Being up to date with current music and keeping an eye out for talented breaking acts are parts of it too. Think of it as maintenance and making sure the gears continue rolling.

When did you first discover that you were passionate about film? How did you feel about it then, and what relationship do you have with the medium today?

ASJ: I definitely owe this to the “Lord of the Rings” trilogy. I was fascinated with cinema from that point on, “Return of the King” only cemented my path even further. Most of my undergrad program also involved film classes. And these days independent film fuels my storytelling interests the most. I can say film is right up there with music, but you can only have one first love…

In your words, how would you describe the way source music brings a film to life?

ASJ: My all-time favorite moments are always the unexpected. Something clicks in between song and picture, and suddenly the lines are blurred. At least this is how unique ideas blow me away. A great, innovative pick in my experience can transform and elevate the scene into more than it is. I wouldn’t say better, just different in an amazing creative way.

Why is it such an important element in addition to the visual and narrative story unfolding before the audience?

ASJ: A song can be featured (not background), linger, and remain subtle without stealing attention from picture. To me this is the ideal effect. With excellent choices, both scene and song are appreciated equally, without one being bigger than the other.

How did you land your first job in the industry?

ASJ: It all started when a group of incredibly talented American Film Institute fellows took a chance on me (fresh out of that online program and with zero experience), bringing me on board their films as the Music Supervisor. Of course I was ecstatic with this first gig. What I didn’t expect however was the pressure of possibly affecting other people’s art (whether positively or negatively). I am truly grateful to the team behind the “Young Americans” film, I could not have asked for a better first gig.

After two years of learning alongside them, the opportunity for the feature film “Actors Anonymous” unexpectedly came along. I am currently attached to several other features, and indeed very grateful for every step. It’s a timely transition, and one I intend to pursue even further.

Can you walk our audience through a few of the projects that you’ve been music supervisor on?

ASJ: “Actors Anonymous” (2016) was an interesting feature project. There were 12 directors on board, on top of being a James Franco novel adaptation (also starring the author). Pressure was plenty, and most of the decision making involved weighing all opinions equally, eventually reaching the best possible consensus given the scenario.

Shortly after our first meeting, I presented a playlist to our producers Chris Abernathy and Tim Astor. It was the vibe I had envisioned from reading the script, and pre-spotting scenes that may potentially need songs. Two of the songs ended up on the final cut, one during a main montage sequence. I also selected the track for the other main montage.

Collaborating with composers Nathan Matthew David and Jongnic Bontemps was a delight. Music playback sessions are usually great opportunities for us to evaluate where both score and source are headed, with reaching a cohesive output being the main goal. There would be instances where a song almost immediately follows a piece of score. It’s always fun and challenging figuring out how both pieces tie together and transition smoothly, also with the help and guidance of our talented sound team at White Light Audio.

For the 2014 film “Martian American” the biggest challenge was selecting songs that fit within the realm of the film – that is, a Martian visiting Los Angeles as an inner-planetary tourist. Working around this other-worldly yet present-day vibe required a substantial amount of communication with our director Lee Citron and producer Trevor Worley. It was important that the songs achieved just the right balance between sci-fi and light comedy. Apart from intensive research, I also attended shows around Los Angeles in order to network and personally connect with artists we had shortlisted. This all worked out in the end, with one of the songs making the final cut as well.

How does the collaboration process work between yourself as the music supervisor and the composers of the film?

ASJ: On that note, it’s not often I get the opportunity to collaborate with the composers. Each film has its own brand of needs, and usually score was available before source music is synced. In those cases, keeping the score in mind is important, and making sure that while differences do exist, these are contained within the same palette. Staying true to the story and what the film hopes to achieve is always a main goal.

What did your work add to the overall outcome/impact of the individual projects you listed above?

ASJ: Overall I would say we achieved soundscapes that were true to the spirit of the story. Budgets were also strict, and working within them was not as easy task. But every creative project has its own unique benefits. It was just a matter of reaching a balance that played to the advantages of all parties involved.

What makes you want to work on a project and what elements do you consider when people approach you with an upcoming project?

ASJ: Stories play a huge part. I am fortunate to have been part of teams that really valued storytelling and were passionate with expressing their voices through craft. Having a music budget that supports their vision is also important. While this isn’t a deal breaker, I encourage teams to be open to creative solutions – like if that classic rock anthem is out of financial reach, that they welcome alternatives evoking the same effect and support picture more or less in the same way.

What upcoming projects are you working on as a music supervisor?

Do you have a favorite genre of projects that you prefer to work on?

ASJ: Anything within the drama-comedy-romance trifecta.

Filed under: Film, Lifestyle
Share Tweet Pin G Plus Email
previous article: 5 SUMMER FASHION TIPS FROM AN INDO-WESTERN FASHIONISTA
next article: Do you offer free Wi-Fi to your clients?