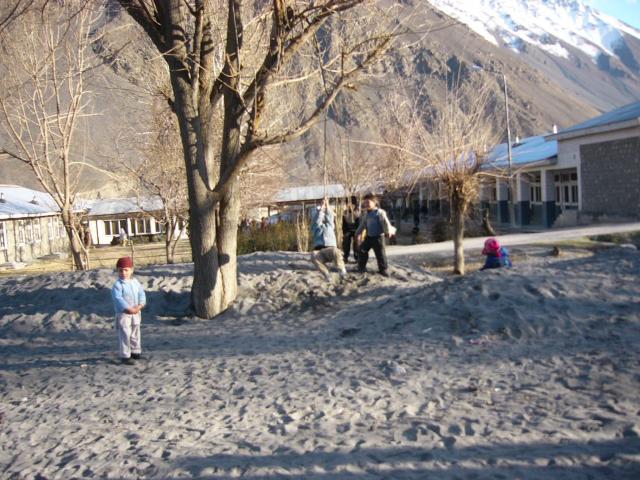 CHITRAL: Wetland Program celebrated world Wetland day at Chitral. In this connection a quiz competition was also held among students of different schools and representatives of  NGO. Quiz competition was held at Radio Pakistan Chitral which would be broadcasted today on Monday to impart the message regarding importance of wetlands among the general masses. Muhammad Ali Project Manager of Protected Area Management Project (PAMP) was chief guest on the occasion. Participants of quiz competition were divided into three groups A,B and C. Each group was asked 5 questions. After completion of stipulated time Group A comprising over students of Terichmir model high school scored first position while representatives of Northern Citizen Community Board were declared second position holder and group B of Iqra Model School were announced as third position holder. The chief guest awarded Trophy and cup to winner and runner up group with cash award.

Hameed Ahmad Mir Social Mobilizer of Wetland Program for highlighted importance of wetland for human life and why they celebrated this day. He said that they celebrate this day to commemorate the convention held at Ramsar city of in 1971 to protect wetlands of the world and is also signatory of that convention. He said that some 225 wetland sites have been discovered in out of them 19 were given status of Ramsar. After that every year government agencies, non government organizations and groups of citizens at all levels of the community have taken advantage of the opportunity to undertake actions aimed at raising public awareness of wetland values and benefits in general and the Ramsar convention in particular.  The proposed theme for WWD for the year 2009 is Upstream-downstream wetlands connect us all”. He said that Kurumbora lake is one of the most famous lake of the world situated at Broghul valley the entire north of Chitral situated on the Pak-Tajikistan border having the altitude of 14500 feet. Hameed Ahmad said that our organization looking for alternate energy sources at Chitral especially at Broghul valley where there temperature remain below freezing point. As well as to promote eco tourism in the area. He said that we are trying of our best to create awareness among the masses regarding importance of these wetlands sites to protect them and to utilize them for human benefits. He said that these wetlands consisting on water resource can be cause of a green revolution in the area if they were utilized properly for human benefits.  Shahzada Ibrahim Pirzada Chairman of NCCB also highlighted aim and objectives of this awareness raising campaign who jointly celebrating wetland week at Chitral. At last chief guest Muhammad Ali Project Manager of PAMP while expressing his vies stressed upon the masses to must protect these wetlands because water is a great gift of Allah Almighty and we should to not waste it. He said that we should to keep clean and neat our surrounding environment for a best future of our coming generation. Main objective of the program and celebrating wetland week is to create awareness among the general public regarding importance of wetlands and to motivate them for its proper utilizations and usages.