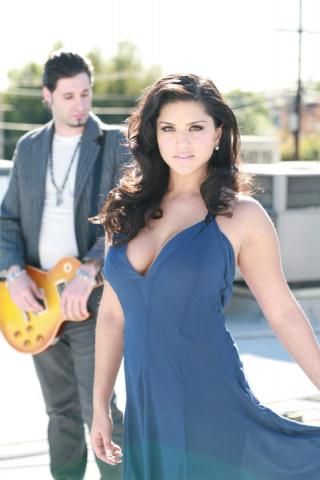 The following are excerpts:

Daniel Weber: She is the strongest person I know and she is successful at everything she does. From Adult Super star to Successful Studio owner is not easy but she did it.

As a business partner and a close friend of Sunny,how you rate the Actress?

Daniel Weber: SHE WAS PENTHOUSE PET OF THE YEAR IN 2003.She was pet of the month in 2001.I rate her as the best in the business.

Daniel Weber: She choose her career long before me and she loves what she does. It is her choice

How you describe the Adult film industry in America?

Daniel Weber: I think it is unique but a little over saturated at the moment. To many people here think they can shoot good movies and don’t do it correct. It is a art and a business and needs to be done correct

Do actors feel uncomfortable when they are posing in sexually explicit positions?

Daniel Weber: Not if they make a career of dong this. They understand how to work the camera

Please describe the present and future ventures of Sunlust Pictures?Are you only concentrated on Adult movies?

Daniel Weber: We are working on a script right now for mainstream

How the Adult movie industry in America cope with AIDS menace?

Daniel Weber: Performers get tested every 4 weeks in the adult industry. It is safer than meeting a person out in the normal world.

How you shoot Adult movies with multi cameras,same techniques as that of normal movies?

Daniel Weber: Its all the same, Multi camera and same techniques as regular movies.

Have you any idea about India’s X-rated flicks? I think not much because India does not allow X rated.

Daniel Weber: We have tried to get Sunny Leone movie there but did not succeed

If you have any plan for joint venture (Indian style adult films) in India ?

Daniel Weber: We have been speaking with many Indian actors and Producers in the Indian community about Joint projects. There is the issue of Adult filming not legal in India but many want to come here to shoot.

Do you think that the Indian society is still mature enough to produce adult films ?

Daniel Weber: I think the Indian society is ready to do it and can do a great job of it.

According to a World Bank study, American Adult film producers and directors are heading towards Brazil looking for new talent where actors could not afford regular HIV tests that cost $140 each, and producers feared being sued by actors getting the virus while working.What’s your opinion?

Daniel Weber: I have not heard this, shooting in Brazil has take place for many years already and when we shoot we require tests to be shown before filming. I think that if studio’s are willing to overlook this test then they should pay the consequences

Daniel Weber: I think that they were the pioneers that allowed the industry to become what it is today which is a legitimate business. They broke the walls of conservative America.

Do you think that adult entertainment companies in America should set employee policies?

Do you satisfied with the work of AIDS Health care Foundation (AHF) to prevent and treatment of HIV ?

Daniel Weber: Yes I am satisfied with the progress they have made in recent years. Today you can live with HIV much longer than before.