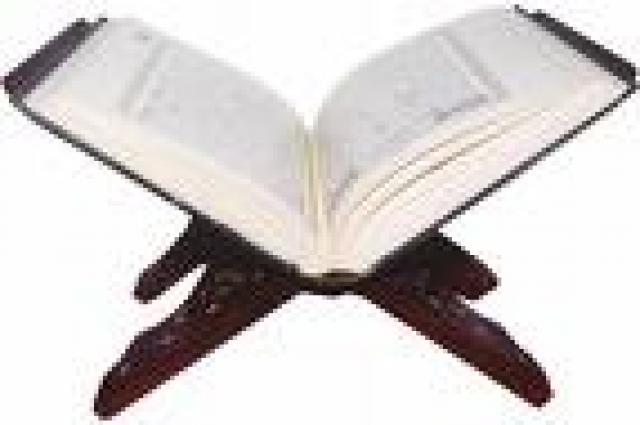 (91) And Moses came unto you with clear proofs (of Allah’s Sovereignty), yet, while he was away, ye chose the calf (for worship) and ye were wrong-doers.

(92) And when We made with you a covenant and caused the Mount to tower above you, (saying): Hold fast by that which We have given you, and hear (Our Word), they said: We hear and we rebel. And (worship of) the calf was made to sink into their hearts because of their rejection (of the covenant). Say (unto them): Evil is that which your belief enjoineth on you, if ye are believers.

(93) Say (unto them): If the abode of the Hereafter in the providence of Allah is indeed for you alone and not for others of mankind (as ye pretend), then long for death (for ye must long for death) if ye are truthful.

(94) But they will never long for it, because of that which their own hands have sent before them. Allah is aware of evil-doers.

(95) And thou wilt find them greediest of mankind for life and (greedier) than the idolaters. (Each) one of them would like to be allowed to live a thousand years. And to live (a thousand years) would be no means remove him from the doom. Allah is Seer of what they do.

(96) Say (O Muhammad, to mankind): Who is an enemy to Gabriel! For he it is who hath revealed (this Scripture) to thy heart by Allah’s leave, confirming that which was (revealed) before it, and a guidance and glad tidings to believers;

(97) Who is an enemy to Allah, and His angels and His messengers, and Gabriel and Michael! Then, lo! Allah (Himself) is an enemy to the disbelievers.

(98) Verily We have revealed unto thee clear tokens, and only miscreants will disbelieve in them.

(99) Is it ever so that when they make a covenant a party of them set it aside? The truth is, most of them believe not.

(100) And when there cometh unto them a messenger from Allah, confirming that which they possess, a party of those who have received the Scripture fling the Scripture of Allah behind their backs as if they knew not,