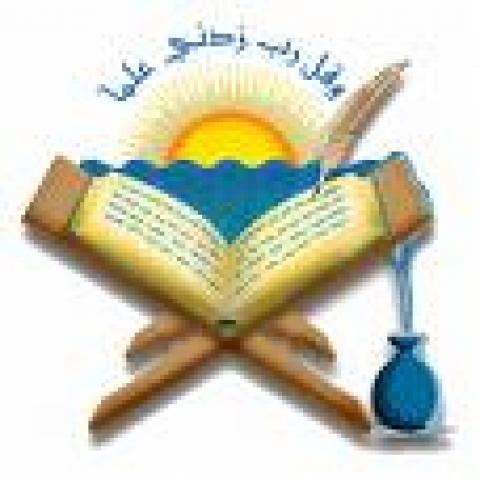 (21) Who hath appointed the earth a resting-place for you, and the sky a canopy; and causeth water to pour down from the sky, thereby producing fruits as food for you. And do not set up rivals to Allah when ye know (better).

(22) And if ye are in doubt concerning that which We reveal unto Our slave (Muhammad), then produce a surah of the like thereof, and call your witness beside Allah if ye are truthful.

(23) And if ye do it not – and ye can never do it – then guard yourselves against the Fire prepared for disbelievers, whose fuel is of men and stones.

(24) And give glad tidings (O Muhammad) unto those who believe and do good works; that theirs are Gardens underneath which rivers flow; as often as they are regaled with food of the fruit thereof, they say: this is what was given us aforetime; and it is given to them in resemblance. There for them are pure companions; there for ever they abide.

(25) Lo! Allah disdaineth not to coin the similitude even of a gnat or anything above that. Those who believe know that it is the truth from their Lord; but those who disbelieve say: What doth Allah wish (to teach) by such a similitude? He misleadeth many thereby, and He guideth many thereby; and He misleadeth thereby only miscreants;

(26) Those who break the covenant of Allah after ratifying it, and sever that which Allah ordered to be joined, and (who) make mischief in the earth: Those are they who are the losers.

(27) How disbelieve ye in Allah when ye were dead and He gave life to you! Then He will give you death, then life again, and then unto Him ye will return.

(28) He it is Who created for you all that is in the earth. Then turned He to the heaven, and fashioned it as seven heavens. And He is knower of all things.

(29) And when thy Lord said unto the angels: Lo! I am about to place a viceroy in the earth, they said: Wilt thou place therein one who will do harm therein and will shed blood, while we, we hymn Thy praise and sanctify Thee? He said: Surely I know that which ye know not.

(30) And He taught Adam all the names, then showed them to the angels, saying: Inform Me of the names of these, if ye are truthful.

(31) They said: Be glorified! We have no knowledge saving that which Thou hast taught us. Lo! Thou, only Thou, art the Knower, the Wise.

(33) And when We said unto the angels: Prostrate yourselves before Adam, they fell prostrate, all save Iblis. He demurred through pride, and so became a disbeliever.

(34) And We said: O Adam! Dwell thou and thy wife in the Garden, and eat ye freely (of the fruits) thereof where ye will; but come not nigh this tree lest ye become wrong-doers.

(35) But Satan caused them to deflect therefrom and expelled them from the (happy) state in which they were; and We said: Fall down, one of you a foe unto the other! There shall be for you on earth a habitation and provision for a time.

(36) Then Adam received from his Lord words (of revelation), and He relented toward him. Lo! He is the relenting, the Merciful.

(37) We said: Go down, all of you, from hence; but verily there cometh unto you from Me a guidance; and whoso followeth My guidance, there shall no fear come upon them neither shall they grieve.

(38) But they who disbelieve, and deny Our revelations, such are rightful owners of the Fire. They will abide therein.

(40) And believe in that which I reveal, confirming that which ye possess already (of the Scripture), and be not first to disbelieve therein, and part not with My revelations for a trifling price, and keep your duty unto Me.