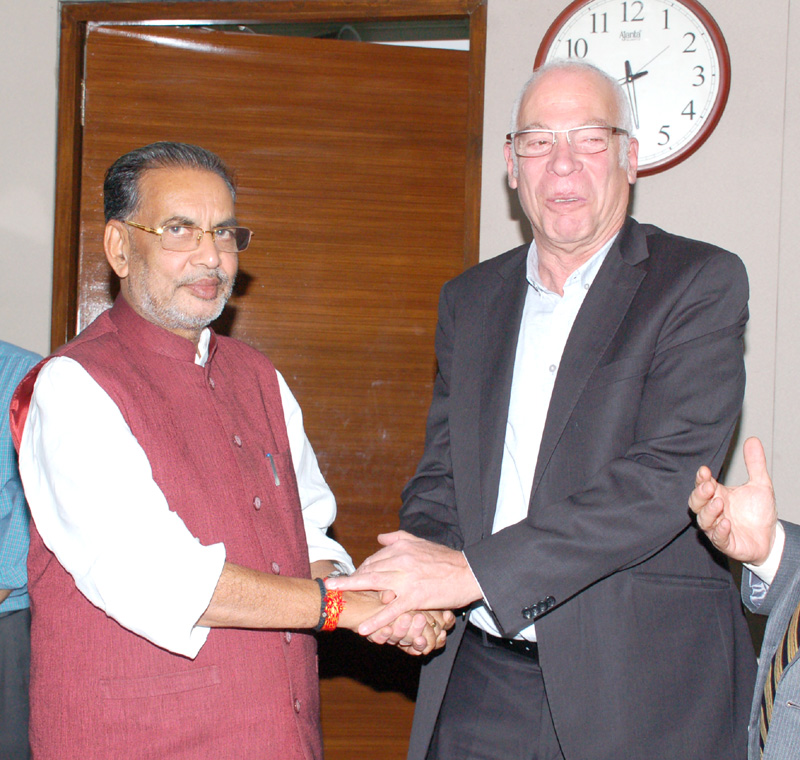 Meeting Of two Ministers Will Strengthen Ties Between Two Countries

Agriculture and Farmers Welfare Minister said that India has enjoyed a lot of benefits from the experiences extended by agriculture experts of Israel. In May 2006 India and Israel had signed on action plan in Israel. Thereafter India had given her consent in 2008. For the first time in 2008-2010 concerted efforts had been started in Maharashtra, Haryana as well as Rajasthan under action plan.

Mr. Singh said that India is benefitting herself from the expertise of Israel in many more sectors. Under action plan nursery management/ protected farming, pro harvest management, horticulture, infrastructural network, canopy management/protection, protected farming, pro harvest management utilizations of low quality water for micro irrigation precision farming of micro irrigation, bee keeping, livestock and dairy are the fields which have enhanced its production with the help of the training given to the Indian officers in Israel and consequent upon technology driven farming has come ahead for the people.

Agriculture and Farmers Welfare Minister also extended the information that the experts from Israel are visiting the states concerned for the exhibitions, training and to set up the state of art centers. Both the countries are committed to help each other in this sector.

An another action plan has been formulated for the year 2016-2020 between Indian Agricultural Research Council and Government of Israel and hope that Israel will give her consent for this purpose. In addition to this, negotiation have been made to set up a joint fund for research and extension education programmes. It will help to finalize activities related to action plan.

The meeting between Agriculture Ministers and delegates of the two countries have decided research work and related activities. They also negotiated to provide scholarship to the students undergoing studies in Israel. The two countries will share the expenditure incurred on scholarship. Indian Agricultural Research Council is already providing international fellowship of Ph.D. every year. At the end of the talk Agriculture Minister Mr. Radha Mohan Singh wished a pleasant and happy stay of Israeli delegate in India.

Filed under: News, World
Share Tweet Pin G Plus Email
previous article: Government Mission Is To Achieve One Nation, One Grid, One Price: Piyush Goyal
next article: Tools-Based Approach to Improve the Practice of Content Creation