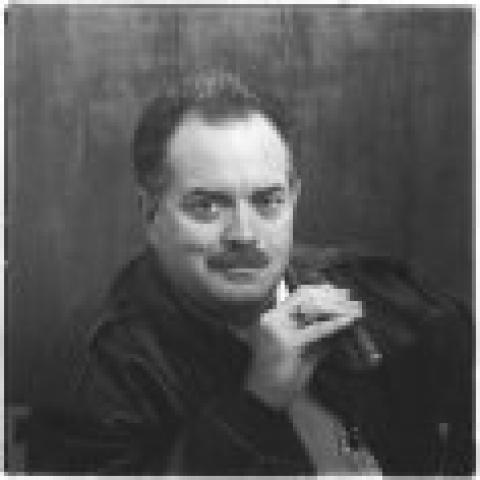 Throughout my career as a publicist, I’ve had the distinct privilege of meeting experts in the broadcasting industry, as well as outstanding radio and TV hosts. I realized that offering interesting guests for their shows was not enough. I wanted to create a space where I could also help them promote their show, and at the same time, let them know how much their work is appreciated, so I created Media Connections Lab.
At one time, I was working with authors whose books fell in the "mystery" genre, and some wrote stories related to the paranormal. Though some critics may consider the paranormal "strange," it continues to enjoy increasing  popularity. During that time, many of the authors were interviewed by Ken Hudnall when he was on terrestrial radio.  Since then his audience has exploded as he sought wider exposure.

"I do a radio show on blogtalkradio.com which is heard worldwide. I took my terrestrial show, reformatted it and went to the Internet. My audience is over 30 times greater here than on the terrestrial radio. I interview psychics, researchers of the paranormal. authors and others of note as well as tell stories of lost treasures, unsolved mysteries and hauntings," he said.

When asked what is unique about his approach to radio, Ken said he prefers to be informal. If you listen in, you will notice how conversational his tone is, and that kind of simplicity juxtaposed to controversial topics can make a strong impact on the audience.

"I deal with everyone in a very informal, non-judgmental fashion.  I do not do "interviews", but rather its like sitting on the front porch and talking to a friend. I also do not cut people off, everyone is encouraged to have their say as long as it is not obscene or inflammatory," he said.

Ken Hudnall is a veteran of radio, but over the years has also pursued other endeavors. "I did my first radio show on KORG AM out of Anaheim, California in 1989. Since that time I have worked off and on in radio until I retired from my regular job in 2002 and I have been broadcasting ever since," he said.

He said he got started in the radio industry, while working as a magazine editor. After talking with one of his writers, he learned of their radio contacts at a local station. "I mentioned to her that I had always wanted to do a radio show, and two weeks later I am sitting in a studio in front of a mike and the producer says you are on the air," he said.

Based in El Paso, Texas, his radio show has an international audience, as a result of having switched to an online format. He said El Paso remains his home because he purchased a house in the area just before his retirement.

Ken admits he’s been tempted to go off the air, but his wife, Sharon continues to encourage him to press on. "She is continually coming up with novel approaches that result in the show staying fresh and exciting," he said.

Outside of his work as a radio host, Ken is involved in authoring books, and other pursuits.  I  collect unusual historical stories, conduct ghost tours locally and go on ghost hunts with a local paranormal group. The results have been mind blowing," he said.

Ghosts and ghost hunting may sound eccentric to the average Joe, but Ken finds it challenging and worthwhile. He recounts a story about how his paranormal group made contact with an ethereal presence while investigating a haunting. "On a recent Friday night at about midnight, I was on a ghost hunt at a manufacturing facility that is well over a 100 years old and has been shut down for over 30 years. We were in one of the buildings that has a history of paranormal happenings. Very clearly several of us heard a female voice humming a tune. There was no question that there was an entity present. It also set off two motion detectors," he said.

Ken shares a strong affinity with the historical landscape of El Paso. He’s well-versed in its intricacies. "El Paso is the gateway to the old west and a place that has seen a lot of violence over its long history. This is also the place where Europeans first set foot on the North American continent," he said.

As far as his leap from terrestrial radio to the Internet, there were some struggles in the beginning, mostly due to politics.

"Recently, I discovered that politics has invaded the radio world. In this current political administration, there has been a move to try and remake the airwaves into a pro- government cheerleader. This has included an attempt to remove conservative white talk show hosts. I am also 100% disabled and this is also not politically correct. The needs and desires of the audience is also not long considered. For these and several other reasons,hence my move to blogtalkradio.com where none of these pressures exist. Earlier this year, I was attacked on the air by the aide to a very powerful congressman. I responded to this attack and the result was that the congressman was embarrassed. The Congressman than asked the General Manager of the station to remove my show from the air and the General Manager was happy to oblige," he said.

Ken Hudnall, not a man easily daunted, was recently asked by a local community member if he would run against the congressman in the next  election. Although plans are not firm yet, Ken said he is considering the proposal.

Despite the stormy episode that forced him to move on to the Internet, Ken Hudnall exudes more confidence, and is more energized than ever.  "My original show om 1989 resulted me writing my first book which is still selling well. This original book will shortly be released in its fifth edition. Since that time I have written over 30 books and the show is a great platform from which to release them. We are now moving into e-books, audio books and videos," he said.

When Ken Hudnall is not out investigating hauntings, and hunting ghosts, his other passion is hunting dynamic guests for his show, The Ken Hudnall Show on Blog Talk Radio.com.