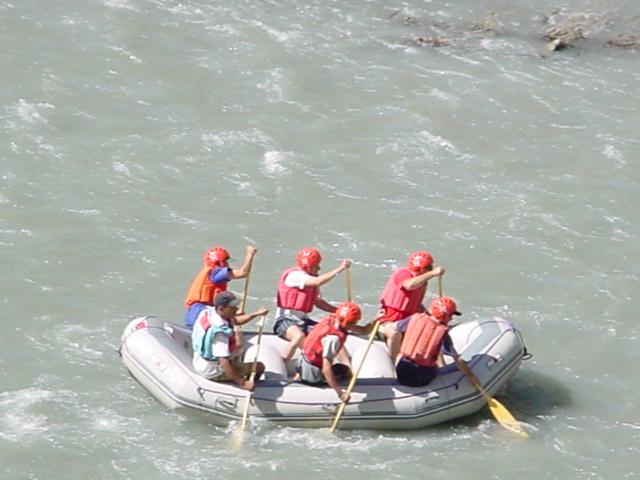 The originates from Chiantar glacier at Broghil and runs through the Chitral valley. In different places the river is diverted to irrigate fields and orchards besides generating electricity and turning water mills. The water is icy cold in even in the grilling hot summer days. In the olden days, when there were no bridges connecting villages on both side of the river, the young and old people used to learn swimming as a necessary practice  for their normal social contact and the ultimate survival. Even at present, some young people very much like swimming on the crest of the rising tides of the . Realizing the social and historic importance of the sport and sensing the eagerness of the young generation, CAMAT [Chitral Association for Mountain Area Tourism] has resurrected swimming as a vital water sport of the region. Now this forgotten sport has become part of Jashan-e-Chitral or the Chitral festival.

In the meantime, during the mega festival right from 2002, river rafting, which is not Chitral’s traditional sport though, has also been included. This sport has enormous potential given the unusually rising tides and faster speed of the that provides thrilling and zest and zeal for the rafter and the onlookers.

Let’s look forward with a great hope along with the many of our traditional sports.