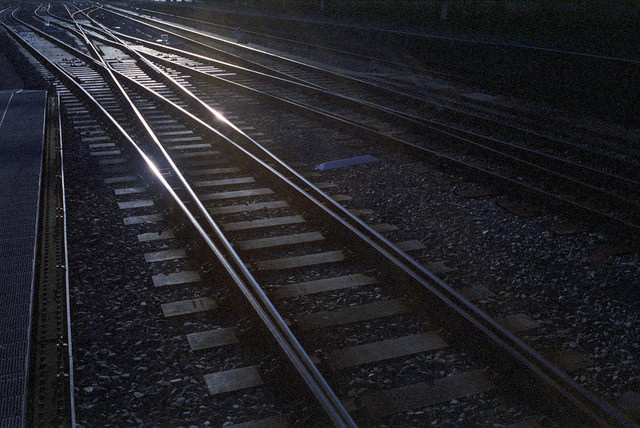 Srinagar, July 09 (Scoop News)-Hailing the launch of four new train services in the Valley, Chief Minister, Mufti Mohammad Sayeed, today stated that the completion of Katra-Banihal Railway Line will be an engineering marvel which will provide a vital all-weather link to Kashmir with the rest of the country.
He said improved rail connectivity in the state will bring in huge relief to the people who are suffering on account of frequent breakdown of Jammu-Srinagar National Highway, especially in harsh winters. “Unseasonal rains this year have also taken a heavy toll on NH A-1 with some portions, in particular between Ramban and Banihal,” he stated.
The Chief Minister was speaking during the flagging off ceremony of four new train services, here today. With this, the total number of train services in Kashmir Valley has risen to 26.
Union Minister for Railways, Suresh Prabhu, Deputy Chief Minister, Dr. Nirmal Singh, Union Minister of State for Railways, Manoj Sinha, Minister for Revenue, Javaid Mustafa Mir, Minister for Transport, A. G. Kohli, Minister of State for Revenue & Public Works, Sunil Kumar Sharma, MP. Shamsher Singh Manhas, Principal Secretary to Chief Minister, B. B. Vyas and Chairman, Railway Board, A. K. Mittal, besides several senior officers of the State Government and Indian Railways were present on the occasion.
The Chief Minister said linking of Jammu with Kashmir region by train was a fulfilment of a dream that seemed improbable some years ago. He said the project was a matter of great pride for which the Indian Railways had to overcome huge challenges. “Rail connectivity will change the lives of the people by promoting trade and tourism sectors,” he said.
Describing railways as the most preferred mode of transport for poor and common masses, the Chief Minister urged the Union Railway Minister to give special attention to Kashmir Railway Project so that the people of Valley also take benefit of the cheapest mode of transport. “It is my dream to see Kashmir connected with other parts of the country through a well-laid out network of trains,” he stated and added that it will be a turning point in the history of the state once we are able to connect Kashmir with the rest of the country.
Referring to the positive impact the new train services will have on the state’s tourism sector, Mufti Sayeed said improved rail network will bring in cost effective and ease of travel which will boost tourist arrivals to the Valley. “For visitors, every train ride is a joy ride as the tracks traverse through the most beautiful parts of Kashmir valley,” he added.
As many as 30,000 people travel by trains every day on Banihal-Baramulla Railway Track.
The work on very difficult Katra-Banihal Track, spanning around 111 km, is in progress and is expected to be completed in the next four years. The entire length envisages construction of tunnels, flyovers and under-bridges, with one Arch Bridge over river Chenab between Kouri and Bakal, being the highest in the world.
Pointing towards the huge fillip the export-oriented horticulture industry will receive, Mufti Sayeed said the railway network will facilitate smooth movement of fruits to the terminal markets and mandis in other parts of the country. “The fruit growers, who along with the Handicraft industry resuscitated our economy during turbulent years, will get greater value of their produce and a level-playing field to market their crop because of railways,” he said.
Stating that a dedicated rail network will unlock vast opportunities of employment for our youth in various sectors, the Chief Minister urged the Union Railway Minister to consider employment for those whose land was acquired for laying of tracks. “I have been told that a few persons have been provided jobs in Indian Railways but many more whose land has been acquired should also be employed as they have lost their means of livelihood,” he stated.
Speaking on the occasion, the Union Railway Minister, described connectivity as the best indicator of development and railway as the best mode of connectivity. He assured that he will leave no stone unturned to see that Katra-Banhial Railway Line is completed within the stipulated timeframe. “Kashmir has unique things like cuisine and handicrafts to offer and railways will provide a perfect platform to market these,” he assured.
Minister of State for Railways, in his address, said the frequency of train services will be increased in the near future for which additional coaches are being pressed into service.(Scoop News)-
http://scoopnews.in/det.aspx?q=48616