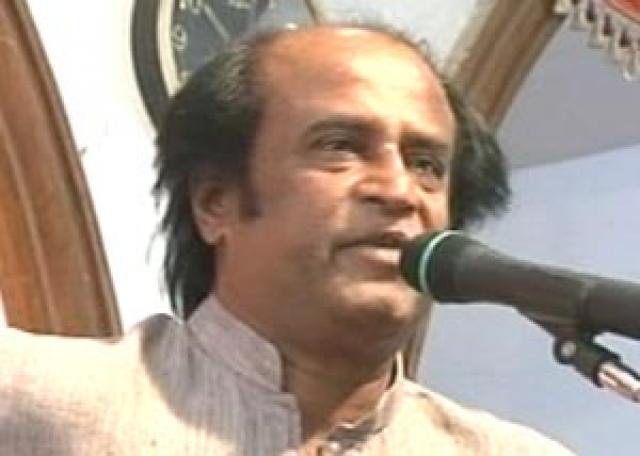 Tamil ‘superstar’ Rajnikanth on Tuesday asked his fans not to celebrate his 58th birthday which falls on December 12, to express solidarity with the Sri Lankan Tamils in the island nation who were ”suffering” in the ongoing war between the army and LTTE.

According to Sudhakar, in-charge, Rajnikanth Fans Welfare Association, ”everyone is deeply hurt by the sufferings of Tamils in the neighbouring island nation. Hence we have chosen not to celebrate Rajnikanth’s birthday on December 12”.

Earlier, actor Kamal Hassan had chosen to abstain from celebrating his birthday on November 7 on the Lankan Tamil issue.

He had said it would be good if his birthday could be used to leverage public opinion in favour of Sri Lankan Tamils.