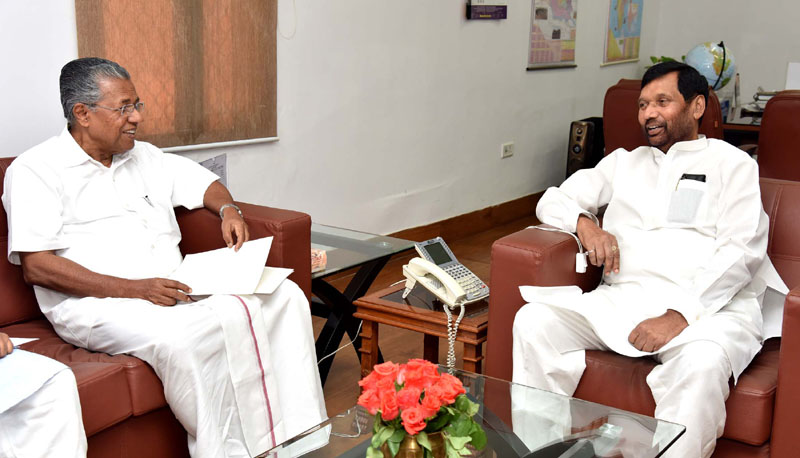 New Delhi (PIB-GR-TYP-BIN): Union Minister of Consumer Affairs, Food & Public Distribution, Mr. Ram Vilas Paswan reviewed implementation of National Food Security Act in Kerala with Chief Minister of the State, Mr. Pinarayi Vijayan on Nov 16. The Chief Minister was here to apprise Mr. Paswan of the implementation of various provisions of the Act in Kerala and requirement of additional food-grains. The Act has been implemented in the State recently.

The Chief Minister asked for food-grains allocations beyond the entitlement of the State under the Act. Mr. Pinarayi Vijayan said that it was required for migrant workers in the State. Mr. Paswan assured that Center will continue to allocate about 4 lakh MT food-grains beyond the entitlement of the State as tide over allocation. He suggested that the State can take the advantage of Open Market Sale Scheme or procure food-grains at economic cost from FCI to meet its additional requirement.