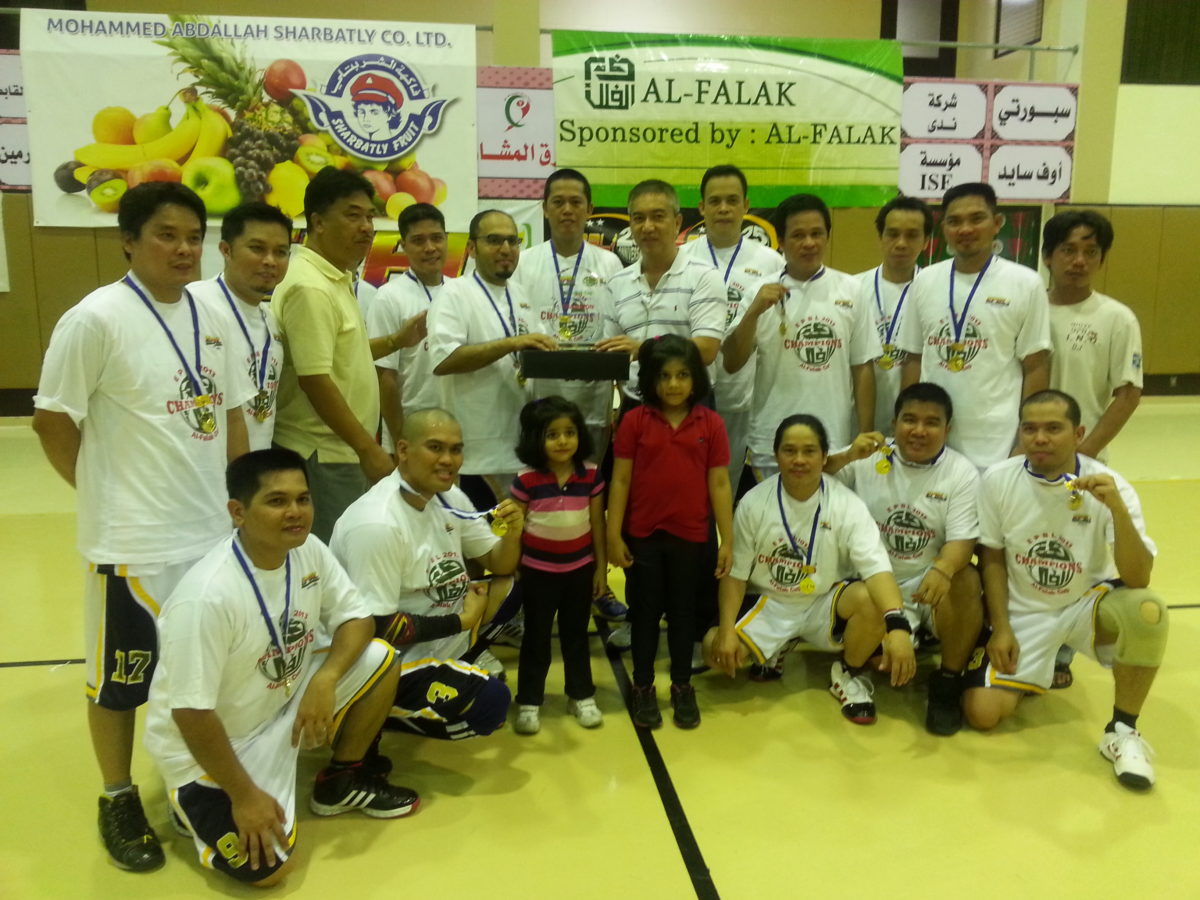 AL-KHOBAR, SAUDI ARABIA – Rawabi Electric poured everything it got right at the opening gun on the way to a 110-74 romp over the listless Extra to win the coveted Al-Falak Intercompany Cup in the Eastern Province Basketball League.

With both teams barging into the title game via quotient system to break a four-way tie with Al Qahtani Fisk and Radicon, Rawabi proved too much for Extra as the Ele 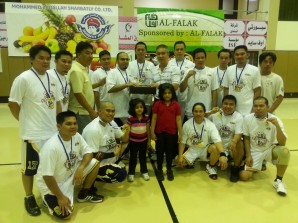 La Union native and playing coach, Marlon Valdez, led all scorers with 33 points, 31 of which came from the first 30 minutes of play earning him the MVP plum while best center awardee, Ben Yulo added 22 points and 19 boards. Streak-shooter Jessar Dayuja chipped in 10 markers but his defensive stops keyed Rawabi’s breakaway.

“We came focused for this game”, said team manager Farooq Qayyum. “The team mind-set was either championship or championship. No ifs or buts.” Truly enough, as the Rawabi five were entering the playing court, Qayyum was already exuding pride and bragging to the pro-Rawabi crowd that they’ll win the crown.

Other mythical five members are Dajuya and Extra’s Peralta and Laniog.

The event’s silver sponsors are Sharbatly Fruit and Phuket Restaurant.