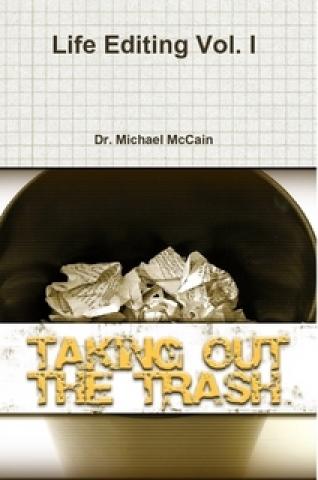 Michael McCain makes headlines again for a new book realased July 7th 2012 called "Life Editing, Taking Out The Trash! The book is a inspirational self help book that is a guide to helping readers take the mess out of their life and get things back on track. Sounds like a good read right? But thats not all, Michael’s book also talks about how to deal with negative people and over come personal set backs and character flaws. I don’t know about you but life editing does not sound like a book i would keep to myself, but rather share it with friends and family.

Mr. McCain reports to sources that his plan it so to a Life Editing Tour TM. As well as a conference. Mr. McCain was asked about why he felt it was important to write a project such as Life Editing and he reported: " My purpose for writing Life Editing was, I needed to express some things I learned personally from some highs and lows I experienced in my own life. I learned that so many people were asking me questions about Life and how to recover from set backs and personal flaws so I decided to answer the call and take time to write out a message I can then share with everyone. The Life Editing experience was so great  I could not put it all in one edition so there will be a volume 2 and possibly 3. I am Just greatful for the process".

Mr. McCain did not report what sales has been like for the first week of his book release but he did inform us that his publishing company, Maximize Publishing Inc. was able to help market his book to 5 million potential readers within the first week alone. When asked about the project Mr. McCain appeared to be very enthusiastic and excited about his accomplishments. Mr. McCain reports that  he has 2 more books expected to be in print by the end of the year but did not report the name or titles. Smoothe move Mr. McCain!