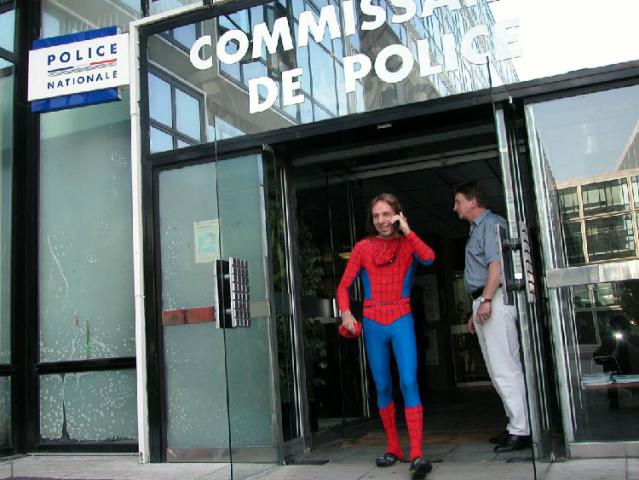 Alain Robert, better known as the real life spiderman who climbs tall buildings around the world, has one more to add to his collection. The country this time – Singapore, and the building- the 176m tall Suntec Tower One.

It’s not his first skyscraper in the city state; in 1997, he conquered an office block at Great World City. He was also arrested in 2000 shortly after reaching the 23rd storey of the UOB building for not wearing a safety harness.

Alain Robert’s passion for climbing-buildings, in particular- accounts for his frequent brushes with the law. He was arrested after a successful climb at the New York Times Building two months ago, and spent five days in a Chinese prison last year for the same feat at Shanghai’s Jin Mao Building. He’s now banned from entering the country.

For his two celebrated climbs in Singapore, including Suntec Tower One, he wore a safety harness to comply with local laws. The event this time was part of the 163th anniversary celebrations of the local broadsheet, The Straits Times, on Friday.

When asked to rate the difficulty of the building, the usually unflappable spiderman gave it a five out of ten, saying, "I feel a little tired, not because of the climb, but because of the heat and humidity."

He had previously described climbing the then tallest building in the world -Malaysia’s Petronas Towers- and France’s Effiel Tower, as similar to climbing giant ladders.