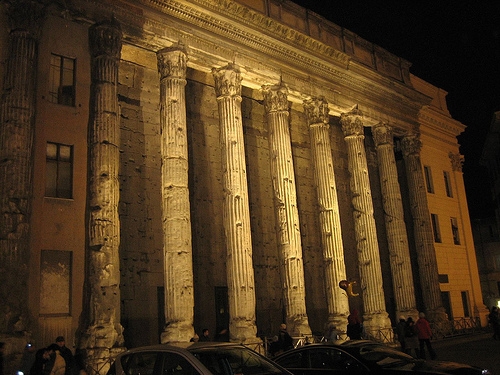 Everyone knows someting of these 2 world-class cities, but when it comes down to it, Paris is clearly inferior.  The reasons are many, and some of which follow here:

1. Rome does not have the class issues of Paris.  The trashmen in Rome shine their shoes before lunch, which they take in a cafe next to politicians.

2. Rome is twice as old as Paris and has one third the population.

3. Italian is a much sexier language, with ups and downs and build up and passion–much like sex.
French, and especially Parisian French, is stuffy, airy, and strictly controlled by an old group of old men–much like sex in Paris.
4. Romans are so ingrained with looking and acting properly, what they call la bella figura, that crime (except petty theft) is almost non-existent.  Nobody wants to be caught doing the wrong thing.
Violent crime in Paris–well, it certainly exists and I won’t comment on the numbers.  I just don’t have them to be honest.
5. The people living on the streets in Rome bum for money in the morning to buy cappuccino.  The worst they’ll do is growl at you.  The people living in the streets in Paris might knife you down to buy more crank.
Filed under: Opinion
Share Tweet Pin G Plus Email
previous article: Go Cheerfully Insane, Get Fired From Work
next article: Commuvolution, An International Process