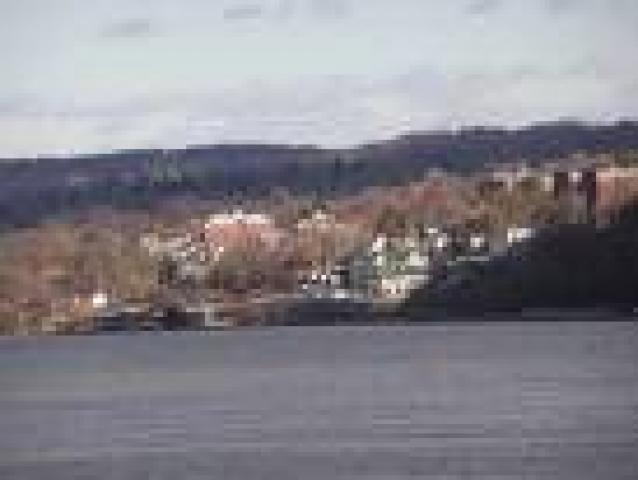 Dobbs Ferry, New York:  Like any small town in America, there is a reservoir of anger seething below the surface in Dobbs Ferry. This anger is fueled by a vague feeling of unfairness; a sixth sense that something is going on that benefits certain people at the expense of others. This anger flares into plain view around election time when hapless volunteers carry petitions for candidates. In a ritual trade of signature for tongue lashing, the good citizens of Dobbs Ferry intone against their neighbors who get unfair tax advantages and zoning variances. This year the two issues combined into a particularly explosive mixture because both topics are top of mind. Dobbs Ferry is on a verge of rezoning, while its neighbor, Irvington, is considering a property tax reassessment.

The rezoning issue that concerns folks relates to ‘accessory apartments’, a fancy name for ‘in-law apartments’. These illegal accommodations have proliferated through the Village with the rise of estate values and the aging population. An accessory apartment usually has its own kitchen which violates the one kitchen rule for a single family house. My wife and I ran amok of this rule when renovating our house with his and her kitchens some years back.

The issue that has voters fuming is that these illegal ‘accessory apartments’ would be given official status – amnesty similar to that being contemplated for illegal aliens – without any penalty for illegal use or increase in the tax assessment  of the property going forward. So these scofflaws would be getting a free lunch, “their cake and eat it to”, at the expense of law abiding citizens like my wife and I who renounced his and her kitchens to maintain the societal weal.

At a policy level, legalizing ‘accessory apartments’ actually makes a lot of sense, because it would bring an important and influential portion of the population back into compliance with the law, which is always in the interest of a pluralistic and democratic society (except when it relates to drug policies). But these ‘accessory  apartments’ should pay their fair share of taxes, hence the need for reassessment.

Reassessment, on the other hand, is vastly complicated and follows to the tee the law of ‘unexpected consequences”.   Theoretically, every piece of land and structure in New York State should be carried on the assessment rolls at its ‘market value’ which is revised every tax year. Then a uniform tax rate is applied against this ‘market value’ so that the real estate taxes are fairly distributed based on the value of property.   A very simple and sensible policy based on sound principle.

It is the application of this wise principle that gets tricky. The market value of a property can only be empirically established at the time of a transaction. Most real property does not trade every year; hence, the need to guess or ‘assess’ the market value. Then add the complication that assessment is expensive so it is not affordable to do it every year. All the property in Dobbs Ferry was last reassessed in the 1950’s. In the interim, reassessments were only applied to those properties who filed for a construction permit and had to get a new certificate of occupancy from the building inspector. This is why the person down the street who has not officially changed a thing in his or her home for the past 60 years is able to pay very low taxes while the renovated MacMansion next door is paying the maximum permissible under the tax. New construction is, of course, fully taxed at the time of initial occupancy, but thereafter slowly accretes the benefits of non-assessment, if renovation can be assiduously avoided.

‘Accessory apartments” which are currently prohibited by the zoning code would be examples of illegal renovation that is done without a building permit and new certificate of occupancy – which is the trigger for reassessment.   In all fairness, all ‘accessory apartments’ that are given amnesty, should be subject to a reassessment as part of their new certificate of occupancy.

Recently, Bronxville underwent a Village-wide reassessment to eliminate any inequities that had built up in the system since the last assessment in the 1950’s. But the results of that reassessment were surprising.

In Bronxville, residential property owners experienced an average increase in their tax bill of 9.1%., commercial property owners saw their taxes increase 26% while apartment building, condominium and cooperative owners saw their tax bill drop by 60%.   So some homeowners probably got some temporary satisfaction seeing their neighbors wacked with their fair share the tax roll, until they realized that the assessment rules, which are set at the New York State level, had been manipulated in the favor of apartment building owners and condominiums/cooperatives.

Specifically, whereas single family houses were reappraised based on the inflated market values of the Greenspan housing bubble [which was driven by external factors such easy money, lax credit standards, Federal guaranteed loans and Congressional largesse in terms of the mortgage interest deduction], apartment building valuations are NOT based on ‘market value’ of the property but on the income method defined as a multiple of the ‘rent roll’ – currently 6.25 X the rent roll. This multiple artificially deflates the market value of apartment buildings which currently sell for more than 10x rent roll in a nice neighborhood like Bronxville. In fact, 10 divided by 6.25 is exactly 160%, or exactly the amount by which the apartment buildings owners are benefitting by the reassessment in Bronxville. Condominiums and cooperatives benefit from a similar set of ‘income method’ rules that were put in place in the 1970’s and 1980’s to drive the revitalization of New York City. These rules are out-of-date and need to be changed in the interest of fairness.

Otherwise don’t be surprised to read in the newspaper that Cricket Lane has become a condominium.