Below is an article I posted on CNNiReport.com in response to Selene Nelson’s recent articles on CNNiReport, and also the exchange of articles with Lisa Basile on the Huffington Post site. Like the now Ground Report banned ‘Ted Tomson’, Selene’s articles rely on long discredited and disproven allegations, I felt it was important that somebody try to respond. Please visit the CNNiReport link and leave something positive to brighten my day. Thank you very much. – J

I’m writing here as an open letter to you, in response to your article here on CNNiReport, and your exchange with Lisa Basile in the Huffington Post.

Your passion and commitment to finding justice for Meredith Kercher, comes through in your writing, but nonetheless I believe you are mistaken in continuing to support the belief that Amanda Knox and Raffaele Sollecito bear any responsibility in that violent tragic murder.

In your articles, you repeat a string of long discredited evidence, and false information that seems endlessly recycled in the media and on comments boards. You also argue logical fallacies that I would like to bring to your attention, and see if you agree.

You address the issues of the alleged DNA evidence of the ‘bra-clasp’ and the famed ‘double knife’, supposedly holding Amanda’s DNA on the handle, and Meredith’s DNA on the blade. Let’s look at your arguments.

Concerning the bra-clasp, you argue that there is a “16 loci match”, and discount the possibility of contamination because in your words, there was; “only ONE other trace of Sollecito in the cottage (a cigarette butt in an ashtray) the very idea of contamination is near impossible?”.

The lab results are in dispute because the sample was so low as to fall below the Italian lab equipment threshold to determine whether a DNA sample actually existed. Contamination could easily have occurred because the equipment had previously run samples of Meredith Kercher through the same equipment in earlier runs.

In a BBC 4 radio documentary, the UK DNA expert Dr Peter Gill was asked about the finding on the bra clasp, and his comment was that Raffaele was reported to have touched the door handle outside of Meredith’s bedroom where she was killed, and that a lab technician could easily have picked up Raffaele’s DNA from the door handle, transferred it via the rubber gloves to the bra clasp, another possible route of contamination.

Your suggestion that Raffaele’s DNA was only found on a cigarette butt may be true in itself, but it is a logical fallacy to conclude his DNA was not innocently deposited elsewhere in the house, and that police simply hadn’t found it because they didn’t test everywhere, or thoroughly enough to find it.

There are also the court appointed independent Italian experts Conti and Vecchiotti, who also concluded the DNA on the bra-clasp and the knife blade were not reliable as evidence.

Another expert weighing in on the lab sample of Meredith’s DNA claimed to be on the knife blade, is Dr Mark Waterbury, PHD in his book, ““The Monster of Perugia; The Framing of Amanda Knox”.

Dr, Waterbury writes (p.101); “All of this gives us a solid basis to arive at an estimate of the amount of DNA that was present on the blade of Raffaele’s kitchen knife. None. There was no DNA on that knife. The polizia could have pulled the knife out of a bath of sulfuric acid and the profile tests would have come out the same. The DNA in the profile came from Stefanoni’s laboratory, or, possibly, the extremely clumsy handling and shipping, it did not originate from the knife.”

The difference between the growing list of international experts, and whatever are your sources of information Selene, is that real expert opinion is more credible.

Unless of course, you are holding yourself out as a DNA expert yourself, why should anyone rely on your opinion over that of actual experts?

Your willingness to make personal attacks on people who have spent decades developing expertise and nurturing their professional reputations hardly does them or yourself any justice. How have they offended you? Because their expert opinion conflicts with your firmly held beliefs?

You want to draw attention to what you regard as circumstantial evidence. Let me be plain: there is none.

Is there any evidence you believe to be circumstantial evidence, that is not consistent with Amanda and Raffaele’s consistent account that they spent the entire evening at Raffaele’s apartment? Excuse me, there isn’t.

The story of what happened to Meredith Kercher is told by the evidence in the tiny blood soaked room where she was brutally killed by Rudy Guede alone.

Rudy’s shoe prints in blood, his palm prints in blood, his DNA on and even in her body, on her purse, all of the physical evidence points to only one person: Rudy Guede. It is a scientific impossibility that anyone other than Rudy Guede killed Meredith Kercher, and left no trace of themselves in that tiny room.

You suggest that Knox’s entire defense is based on demonstrating the abusive nature of these interrogations, that no case can be made for innocence until this is proven. Why? These coerced statements have absolutely no bearing on the direct evidence of their innocence.

To blame Knox and Sollecito for the confused statements fed to them by the police under such circumstances, is blaming the victims for what should be regarded as a criminal assault by the police.

The European Court of Human Rights will have to address Knox’s conviction for slander, but the convicting Judge Hellman has said he regrets not acquitting Knox of slander as well as the full acquittal on the other charges.

The fact that you have misinterpreted Sollecito’s recent press conference as an “alibi withdrawal” has no bearing on anything. Sollecito did no such thing. The anamolies he is pointing to are the logical fallacies contained in Judge Nencini’s conviction, relying on evidenc against Amanda, which could not be logically also used against Raffaele. The anomalies refer to Nencini’s verdict, not Amanda’s alibi.

It is Raffaele’s defense’s desperate effort to avoid further jail time from an unjust and wrongful conviction, preferring to pay the ransom money demanded by the civil parties, in exchange at least for his liberty. One would have hoped Italy would be too ashamed to allow so gross an injustice to occur in the light of day before the whole world.

We shall see though, the Italian Supreme Court of Cassation may yet again recognize the innocence of Amanda and Raffaele, and save themselves the ignominy of convicting innocent people and sentencing them to long prison terms just to avoid admitting the entire prosecution was a mistake from day one.

It is no surprise that the original prosecutor has emerged to tell yet more lies in connection with this case. Were it not for his need to distract the public from his own imploding career, the charges against Amanda and Raffaele would never have been brought forward.

Your passion for the case is clear. But your passion for information that will lead you to the truth is less focused than you presume. Wish you the best -J 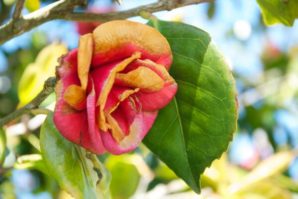 A Rose by Any Other Name…

Filed under: News, Opinion
Share Tweet Pin G Plus Email
previous article: “Arrest proof yourself” – the ultimate how not to guide to be arrested in America!
next article: The Effect of Jimmy V and Stuart Scott