Whenever 1st of April comes, it’s safe to take everything with a pinch of salt. Over the weekend, big brands pulled their April Fools stunts and these were the ones we noticed. Did you fall for these? 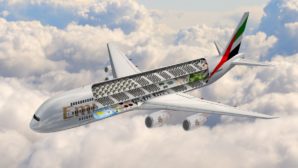 When you think Emirates, you think luxury. So when Emirates Airline announces their plans for the world’s largest commercial aircraft triple-decker, ‘APR001’, featuring a swimming pool, games room, gym and a park, we tend to believe it’s true. 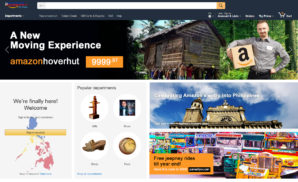 Amazon was said to launch in Southeast Asia this year but the particular date was always a mystery. The “screenshots” of Amazon.ph (albeit fake) gave the public excitement that the ecommerce giant was finally here.

But the subtleties of the images made it clear that it was a fake – Baguio barrel men, bakya shoes and balut? Balut to be sold online? Seriously? 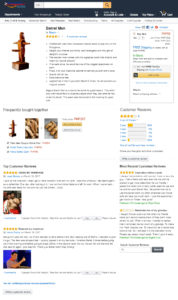 Not the mention the memes that were used for customer reviews.

And this wasn’t just the Philippines, press releases were also sent to Singapore, Malaysia, Indonesia, Thailand and Vietnam.

Who said horns were boring?

Every emoji on the wheel expresses a different emotion through the horn (the emotions range from happiness to rage).

Imagine pressing the “happy” horn when you are giving way! 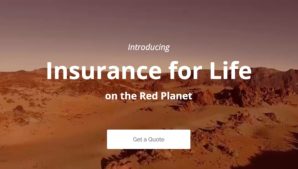 With talks about colonizing Mars, Progressive started to offer insurance for life on the Red Planet.

The search engine we all loved paid homage to Pac-Man over the weekend. In the Google Maps app, there was a button you could press to play Pac-Man!

If you love the taste of Burger King’s Whopper more than any other taste in your mouth, then you can have all it day long with Whopper Toothpaste. The dentist-recommended (don’t take this seriously) product embodies “the iconic flavor of the Whopper and combines it with active ingredients for optimal teeth and gum hygiene.”

Google parodies its own inside-the-home assistant, Google Home, with a creature that usually sits outside.

This post was compiled by Ben Sim from iPrice group, a price comparison and meta-search engine based in Southeast Asia.