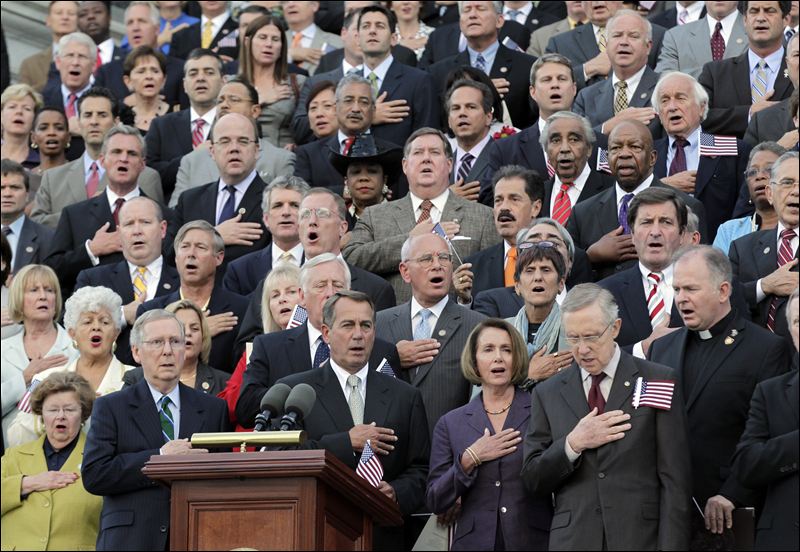 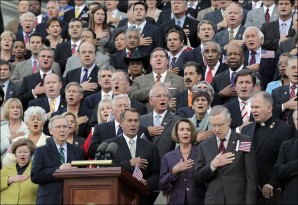 Congress knew of metadata collection program, according to report.

Contained within the pages of the FISA Improvement Act of 2013 are sobering comments indicating, among other things that the telephone metadata program was , contrary to public opinion, given proper oversight by Congress.

There were also comments regarding the unauthorized disclosures concerning these “lawful programs have provided al-Qa’ida and others with a roadmap of how to better evade U.S. intelligence collection.”

“Many of the measures contained in this legislation could not have been enacted absent the declassification of lawful intelligence activities that were, until recently, properly classified, as to do so would have revealed the programs to our adversaries and thereby compromised their effectiveness. These measures are possible now only because the impacted intelligence programs were publicly acknowledged following a series of unauthorized disclosures; however, this bill should not be construed as an endorsement of these unauthorized disclosures.

The Committee is dismayed by leaks that have appeared in the media over the past several months concerning the bulk telephone metadata program, as well as other classified intelligence activities.

The public disclosure of these programs is not a principled act of civil disobedience and has done grievous harm to the effectiveness of the programs involved and, hence, the nation’s security.

All intelligence professionals take an oath to protect this country and sign non-disclosure agreements, which demand, at times, that those trusted with classified information keep it secret because to reveal it, whatever the motivation, is to provide details of classified intelligence sources and methods to our nation’s enemies. This is true even when one disagrees with the sources and methods involved or the appropriateness of their classification. In fact, lawful means exist for true government `whistleblowers’ to bring information regarding violations of law, or other concerns, to one of several Inspectors General throughout the government, or to Congress. These channels exist because, in a representative democracy, it is not for any one person to decide on his own which intelligence methods are wise or effective.

Recent media leaks concerning activities of the NSA have not exposed government wrongdoing. Rather, they have revealed to our adversaries lawful intelligence collection programs directed against valid foreign intelligence targets. Up until these programs were leaked, their implementation by NSA was an example of how our democratic system of checks and balances is intended to, and does, work. For example, the NSA telephone metadata program was approved by federal judges and overseen by Congress, where every member of the Senate had access to information concerning how the programs were conducted and an opportunity to voice objections and debate their efficacy. Some members did voice objections, but a substantially greater number weighed the relative privacy and security interests and chose to support these programs.

The unauthorized disclosures concerning these lawful programs have provided al-Qa’ida and others with a roadmap of how to better evade U.S. intelligence collection. Some would like to believe these disclosures have started a debate about the propriety and efficacy of NSA surveillance programs but, in fact, to a substantial degree, recent unauthorized disclosures have ended the debate because, once disclosed, the programs at issue become substantially less effective. The nation will suffer as a result” (source: Congressional record – Senate Report 113-119 – FISA IMPROVEMENTS ACT OF 2013 http://thomas.loc.gov).