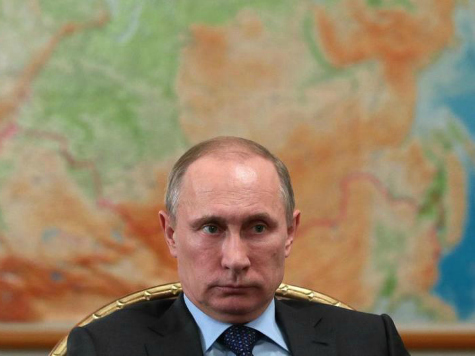 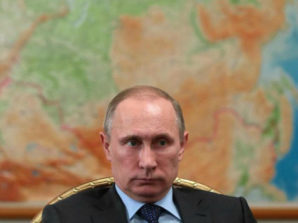 Taking into account the situation with the occupation of Crimea by brother nation and repetition of the same scenario in Donetsk and Lugansk regions of Ukraine, only with a massive human casualty, the ordinary Europe’s citizen seems that such situation is only possible away from his European prosperity. Ukrainians with the same disdain were watching the conflicts in former Yugoslavia, Libya, Syria, Egypt and on the many other hot spots that are far from Ukraine. Recently, it was seemed that such a peaceful land can’t be involved in any conflict and there were no reasons for its forming.

Insatiable cohort of politicians led by Viktor Yanukovych was fascinated by stealing Ukrainian wealth. Ukrainian people suffered long from such an activity and thievery of authorities, but everything comes to the end. President ran in a hurry, and his entire suite was flying behind him – the king was defeated, but the story is not over.

Using the transition moment in Ukraine policy, Russia, with the excuse that after the Yanukovych overthrow, “radical forces”, “fascists” and etc., came to power and they want to get even with the population of the South-East of Ukraine, decided to give a “helping hand”. Russian media are beginning to talk about “Russian world” conception and the necessity to protect Russians in a foreign country…

Salvation began with the Russian Black Sea Fleet forces in Crimea. The occupation was successful and the Crimea became a part of Russia. Ukraine does not recognize it, but Russia has no concern about this fact. The “Russian Bear” saw the weakness and decided to do the same with the Lugansk and Donetsk regions.

Agents of the Kremlin actively recruit pro-Russian people, gather meetings and give criminals an access to power in the eastern regions of Ukraine…

Many people abroad have heard and know from the media what is happening in Ukraine. The civilized world does not recognize Russia’s aggressive actions against Ukraine, as well as the fact that the Crimea became Russian. Politicians around the world are telling about the full support of Ukraine, but they are able to help only with finance and provision of non-lethal military means of protection.

From the one side, Europe acts reasonably, knowing that unlimited in resources Russia can destroy Ukraine as a state, thereby claiming that lethal types of modern weapons are unlikely to help. But from the other side – if the Russia gets its goal and destroys Ukraine, there are no guarantees that it doesn’t begin to deliver “Russian world” in Europe, where Russian population is also plentiful. There are also no guarantees that Russia, without being afraid of NATO, will be able to send its “green men” to Latvia.

Moldova with unrecognized Transnistria is another weak point of Europe. Implementation of Russia’s plans to seize the southern part of Ukraine and connect to the unrecognized republic, threatens the existence of Moldova. But it is obvious, that Romania pretends on Moldova, because Moldovan and Romanian people are very interrelated culturally. This fact may become another dangerous challenge for Europe.

Today we can see that without presence of the United States on the continent, Europe is weak. America is a limiting factor, which Russia is really afraid of, as the progressive component of the United States in all kinds of weapons and economy is much higher than in Russia. But Americans took a waiting position. Europe followed their example, because the wobbling peace is better than war and uncontrolled development of situation.

In Ukraine Russia is trying to achieve that slavish obedience, which existed before the events of “Euromaidan”, non-patricipation in NATO and EU. Also Russian’s authorities dislike the idea of normal and dignified life of Ukrainian citizens.

European inhabitant will say that the same is not possible in a prosperous Europe, but recently Ukrainians were also saying that their land is safe.

Inactivity of the EU and America in matters of integrity and security of Ukraine will lead to many problems both in Europe and USA. In fact, one unrestrained and strong state is able to make a lot of troubles around the globe. Lack of this fact understanding now, in future can also drive Europeans into bomb shelters with a hope to escape from walking bear, which will not be saving but distributing the Russian world.