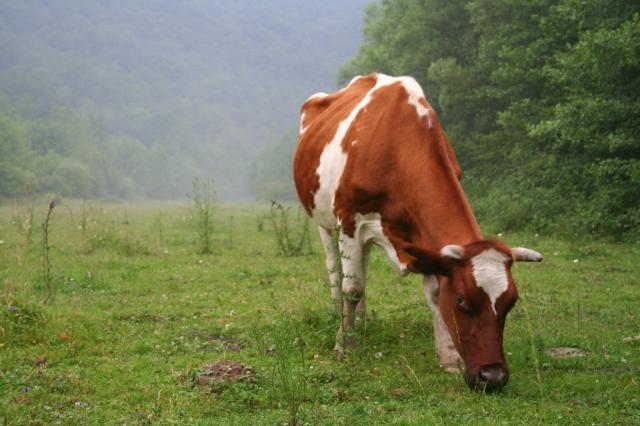 A rare red cow by the name of Apple was sold at an auction in Litchfield, Connecticut for a record-breaking $1 million.

A group of farmers from Illinois, Wisconsin and Iowa bid for the pricey bovine because of a combination of good genes, her rare red color and her breeding potential. Some of her calves were sold at the same auction, some fetching as much as $160,000.

The farmers hope the sale of the red cow’s will offspring will result in a profit on their initial investment. For the meantime, Apple the red cow will produce milk with all the other cows on a Wisconsin farm.