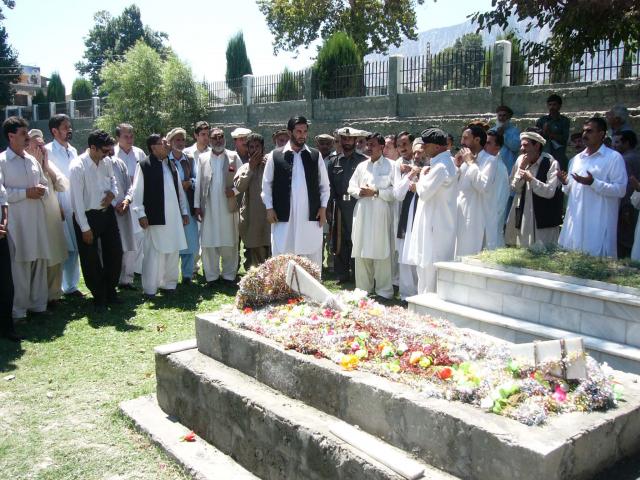 CHITRAL: A daylong reference in memory of Shahzada Shujaur Rehman the then Head of International Union for Conservation of Nature (IUCN) N.W.F.P office held in Town Hall Chitral under the Chair of District Nazim Chitral Haji Maghfirat Shah. Tehsil Municipal Administration Chitral organized the reference under supervision of Sartaj Ahmad Khan Tehsil Nazim Chitral. The speakers paid rich tribute to deceased Shujaur Rehman . They said that he was an honest, hard working and straightforward person and did more for development of Chitral through IUCN. They said that he has such a unique personality that was acknowledged even by his opposite people. The speakers said that after the death of Shujaur Rehman the space could never be fulfilled. He was so hard worker that even during his sick period he took no rest.  During the reference telephonic messages of Rahmat Ghazi Secretary Local Government council and other were read. Those who spoke on the occasion were Sartaj Ahmad Khan Tehsil Nazim Chitral, Inayatullah Faizi, Col ® Sardar Muhammad, Sahib Nadir Advocate, Muhammad Karam, Zainul Abideen, Muhammad Yousuf Chief of IUCN, Haji Maghfirat Shah District Nazim and Shahzada Amaur Rehman.

They said that no project can be success without authentic documentations and Shujaur Rehman played vital role in preparing and publishing book on Chitral exploring all necessary information and documents. The same is presenting to each donor and donor agency as reference. They said that Shujaur Rehman proved Chitral culture and different components. They said that students would write their theses of Ph. D on the life of Shujaur Rehman. He was great humanitarian and sympathetic person always was fighting for the rights of lower staff. The speakers also thanked Sartaj Ahmad Khan Tehsil Nazim Chitral for organizing this memorandum reference. At last the participants went on the grave of Shujaur Rehamn near Shahi fort and offered Fatiha. District Nazim Chitral put garland of flowers on his grave and prayed Dua for the rest of deceased soul. A large number of people belonging to all walks of life attended the reference.