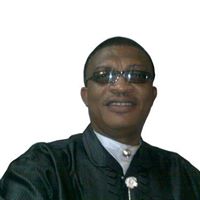 The All Progressives Congress (APC), Rivers State Chapter, says it received the news of release of the Rivers State Government-owned Bombardier aircraft by the Federal authorities without any excitement whatsoever.

The party in an online press statement signed by its publicity secretary, Chris Finebone said, “We have repeatedly expressed our conviction that the Federal authorities should not have been used by the Presidency to illegally seize and detain the aircraft in the first place. Such belief stems from the fact that the Rivers State Government did not commit any strange infraction unknown to the aviation sector or laws, assuming without conceding, that any offence was committed in the first place. We believe that if any infraction was committed, it should not have gone beyond paying appropriate fine, something the authorities are now demanding after denying the state the use of the aircraft for over a year”.

Continuing, the party said, “for the APC, Rivers State Chapter, what the Presidency has now done reminds of the popular saying that no matter how long an adult seizes a child’s property and raises his/her hand up, at some point he/she will feel pains, bring his/her hand down and return the property to the child”.

Again, it is said that the Rivers State Government has finally been permitted to bring in the two security surveillance helicopters which the Presidency hitherto barred from coming into the country to assist with the fight against kidnapping, pipeline vandalism and oil theft. The Presidency must accept that it shot itself on the foot by stopping the Rivers State Government from bringing in those choppers at a time when it became obvious that the Federal Government has run out of ideas as to how to combat oil theft, kidnap, killings and other violent crimes in the Niger Delta and across Nigeria.

The All Progressives Congress (APC), Rivers State, wants the Presidency to note that any meaningful attempt to placate the good people of Rivers State must start with the return of the Soku Oil wells in the Kalabari heartland and such other oil wells that have been surreptitiously misappropriated to neighbouring states. The APC continues to feel that the Presidency is deliberately undermining the economy of Rivers State, and by implication, pauperizing the Rivers man and woman through the brazen transfer of oil wells of Rivers State to other states.

The APC also wants the Presidency to rescind its order preventing the commencement of work on NLNG Bonny Train 7. Again, the insistence by the Presidency that work on Brass LNG must commence before Bonny NLNG Train 7 can see the light of day is only but disingenuous and brazen injustice against the Eastern Niger Delta Ijaw people of Bonny and other Nigerians who will benefit from the over 10,000 jobs the Train 7 project will generate.