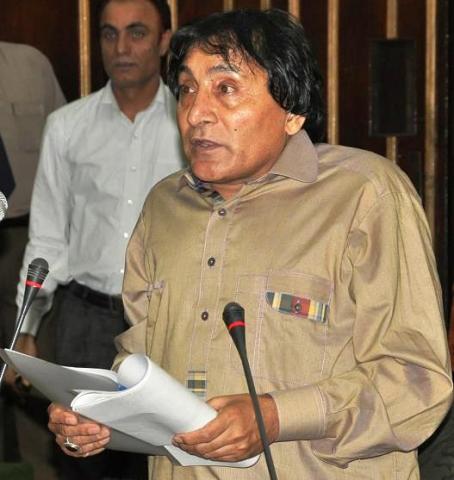 , March 16 (Scoop News) –Minister for Transport and CA&PD,  Qamar Ali Akhoon today informed the House that a mini bus No. JK14A-7565 loaded with passengers was on its way from Latti to Chenani when it fell into a 150 feet deep gorge at Kosur near Choka Nallah yesterday causing on-spot death of 10 passengers and rendering 56 injured.

Making a statement in the House, he said among 8 critical injured cases were airlifted to Medical College Hospital Jammu while 2 succumbed to injuries.

He said remaining injured persons have been treated at district hospital Udhampur. An FIR No. 20/11 has been lodged at Police Station Chenani, he added.

The Minister said that due to break down of a truck at Kosur bridge the road got blocked and a little space was left for passage of the vehicles. It seems that the driver failed to judge the narrow space left for crossing which resulted in failure to negotiate the crossing of the ill-fated bus, he said.

The Minister informed that relief of Rs. 25000 to the kin of each deceased and   Rs. 10000 to each injured is being released by the Transport Department under Passengers Welfare Scheme for the first time.

Minister for Consumer Affairs and Public Distribution System,  Qamar Ali Akhoon visited , this morning to enquire about the welfare of injured persons who met with accident near Latti-Chenani in Udhampur district yesterday evening.

Akhoon directed the health authorities to provide all medicare facilities to the injured. He prayed for early recovery of the injured.

He also expressed sympathies with the bereaved families whose kin have died in the road accident.

The Minister also talked to injured persons and inquired   about the treatment being provided to them at the hospital.

Inquiring about the condition of the injured, the Minister asked the doctors not to charge anything from the accident victims even for the medicines and other things which are bought from the market. He stressed for providing best possible treatment to the injured for ensuring their early recovery.

Later, expressing deep anguish over the loss of precious lives in road mishaps,  Chib said that there was a need for taking concrete steps to avoid such mishaps in future and said that Motor Vehicle department  (MVD) would be directed to organise special ten day training camps for  public transport drivers, especially in hilly and far flung areas.  He also suggested for installing prominent sign boards at all the blind curves and accident prone locations along the hilly roads.

He also expressed sympathies with the bereaved families whose kin   died in the road accident.