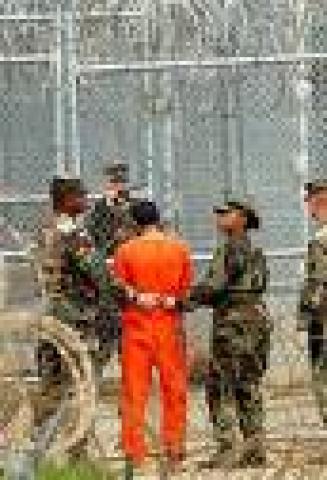 Every year at the demand of the US Congress, the State Department prepare and presents on behalf of the
US President an interesting report. It documents the state of religious freedom around the world and of course from a human and civil rights point of view is a critical document since religious freedom is a key ingredient of human rights. However I have always wondered what business is it of the US Congress to track in such a formal way the state of religious freedom around the globe when there is a lot going on that needs investigation that could be traced back to the US itself and whereas the US government is more than happy to pontificate on what other countries should or should not do, one wonders what it does when the report reveals some chinks in its own chequered armor.

The report for the year 2006 was released on September 12th and in its introduction it states explicitly that The purpose of this report on religious freedom is to document the actions of governments—those that repress religious expression, persecute innocent believers, or tolerate violence against religious minorities, as well as those that respect, protect, and promote religious freedom. We strive to report with fairness and accuracy on abuses against adherents of all religious traditions and beliefs. The governments we report on range from those that provided a high level of protection for religious freedom in the broadest sense (those that "generally respected" religious freedom) to totalitarian regimes that sought to control religious thought and expression and regarded some or all religious groups as threats.I find it amusing that our Left leaning parties which are so vocal about a treaty whose provisions are ambivalent at best and whose actual implications are yet to be really known digest this annual policing act where the US State Documents the “ actions of governments” explicitly impinging on the sovereignty of individual nations. I think that this sort of a document is an extremely useful but it should have been more appropriately produced by the UN Commission on Human Rights and presented by the UN Secretary General to the General Assembly. After all human rights, civil liberties and religious freedom are of concern to the whole world and is not just a foreign policy determinant for the US. Besides in the voluminous document, one country’ record is not documented – the United State’s own record is missing. It looks that the State Department has assumed that all is well and will always be well in the US and so it does not require any surveillance. To me that it is nothing but big power arrogance.

India generally gets a clean chit. The report states that the policy of India’s National Government continued to contribute to the generally free practice of religion, during the period covered by the report. The report indicted problems in some provinces of the country. Some state governments enacted and amended "anti-conversion" laws with police and enforcement agencies did not acting swiftly enough to effectively counter societal attacks particularly against religious minorities, said the report. Despite Government efforts to foster communal harmony some extremists continued to evade due to ineffective investigation and prosecution on charges of attacks on religious minorities, particularly at the state and local level, added the report. The full report is meticulously researched and while it is a valuable tool for research and advocacy, the fact that a foreign government has gone around snooping around the world is not a pleasant thought.One interesting finding that should leave President Bush red in the face is that in Iraq which is effectively under US occupation, the state of religious freedom has gone bad. Religious freedom has sharply deteriorated in Iraq over the past year because of the insurgency and violence targeting people of specific faiths, despite the U.S. military buildup intended to improve security. Violence is not confined to the well-known rivalry between Sunni and Shia Muslims.

To top it all, ironically, many Christians are facing worse times than under Saddam Hussein’s secular regime. Saddam viewed Christians as non-threatening and elevated a Christian, Deputy Prime Minister Tariq Aziz, as the public face of his regime. Following Saddam’s ouster last year, many Christians were heartened by an interim constitution that guaranteed basic religious freedom. But as violence increased, including kidnappings of some rich Christians and beheadings of others who worked for the U.S. military, some Assyrians demanded creation of a "safe haven" in land currently governed autonomously by Iraqi Kurds, effectively rubbing salt into the wounds of George Bush who wears his Christianity on his sleeves.

Although this annually produced document is an extremely useful document and is largely credible, researched and factual, the question remains- the same- the US has its own warts and all and what is the ethical basis for it to peep over other countries’ shoulders. It was only in August of this year, just last month, President Bush issued an order decreeing that Article 3 of the Third Geneva Convention – which prohibits the humiliating or degrading treatment of prisoners of war – should apply to the CIA’s detention and interrogation programme at Guantanamo Bay and else where and groups like Amnesty international has a campaign going against the human rights, the US itself commits. So comes the perennial question- since when can the pot call the kettle black? Or have the rules changed along the way and it is now for big brother to set the rules and the rest of us just fall in line?

Filed under: Opinion, US
Share Tweet Pin G Plus Email
previous article: Maulana Hassan Jan is killed in Peshawar
next article: Swedish hacker slams US agencies, thanks Indians for support