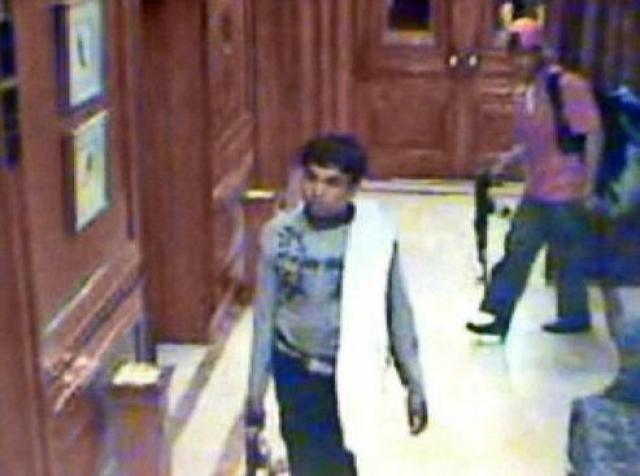 Just two years ago, on this day (Nov.26), 10 Pakistani militants attacked Mumbai killing nearly 200 people and injuring many more At least 101 persons, including 14 policemen and nine foreigners, were killed and over 300 persons injured in terrorist attacks in Mumbai. Among those killed were chief of the ATS (Anti Terrorist Squad), Hemant Karkare, Additional Commissioner of Police (East Mumbai), Ashok Kamte,and Inspector of the Anti Extortion Cell in Mumbai Police, Vijay Salaskar. The militants, struck at 10 places in south Mumbai including five-star hotels, hospitals and train stations. Locations attacked were Oberoi-Trident Hotel, Taj Hotel, Nariman House, Wadi Bunder, Cama hospital, GT hospital, VT railway station, Leopold Cafe, Girgaum and Metro cinema. Low intensity blast were also reported in Ville Parle and grenade attack in Santa Cruz. An unknown Islamic outfit, Deccan Mujaheddin, has sent an email to newspapers and TV channels claiming that it carried out the attacks. Later it was found that the militants, who apparently came in by boats from Karachi,Pakistan.

After the horrific incident, TV channels in India have adopted self-regulatory guidelines on covering terror or hostage situations. They have adopted this guidelines ,after widespread criticism of the coverage of the 26/11 .The News Broadcasters Association(NBA),a conglomerate of various channels, had come up with some guidelines for their members.Channels had agreed not to beam live contact with the victims or security personnel engaged in rescue operations.The guidelines also urge broadcasters not to telecast the number or identities of hostages and to telecast reportage or commentary that appears sympathetic to the militants.According to guidelines,coverage should avoid shocking,offending or misleading the viewers,and horrifying graphic details. Experts had said that 26/11 coverage may have distracted the NSG (National Security Guard) commandos. Militants got inputs about security forces’ plans . The information and broadcasting ministry had issued to TV channels during the Mumbai attacks.At the time,the news channels had refused to follow the guidelines.They described it as government intervention.