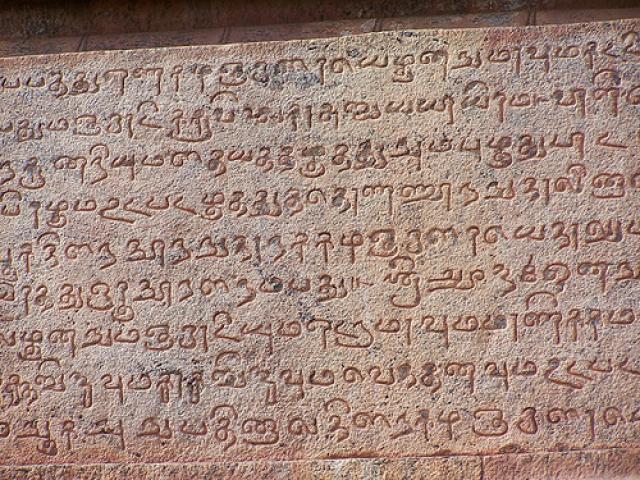 Every Tamilian should be greatful to ‘Tamil Taththa’ .Dr.U.Ve.Saminatha Iyer’ and remember him at least on the date of his death anniversary, which falls on April, 28.

Dr.Saminatha Iyer died on April, 28 th, 1942.Hence, it is befitting to recall the yeomen service rendered by him on the date of his death anniversary for the cause of Tamil literature and its development.

Hailing from an orthodax  Brahmin family and  traditional musicians, he was not lured towards Sanskrit  for its family support, nor he was interested in learning English, which was considered in those days as a boon for providing a job in the British colonial days, but he had a keen interest and passion towards Tamil, which he pursued with a single minded approach, concentration and dedication..Above all he was willing to sacrifice anything for the cause of Tamil.In fact Dr.Saminatha Iyer was pursuing a music course from one Gopalakrishna Bharathiyar in Mayiladuthurai, but at the instance of his Guru, Thirisirapuram Meenakshi Sundaram Pillai, he gave up music, pursued his quest for Tamil.

But for the sincere efforts undertaken by Dr. U.Ve.Saminatha Iyer, many Tamil Literature, we have and cherish today, would not have adorned the Tamil Literature. Many of them were in palm leaves, eaten by tandrites and in very bad shape, by the efflux of time. It was with the unflinching efforts and untiring devotion of Dr.U.Ve.Saminatha Iyer, we recovered a number of precious Tamil works, who got edited them, published them .Again we are also astonished  to learn, that in pursuit of his literary work, Dr.U.Ve.Saminatha Iyer, travelled far and wide in Tamil Nadu, to compile the rare collections of Tamil literature.His autobiography,’En Sarithram’, narrates his paintaking  efforts, he took for unravelling the Tamil treasure.