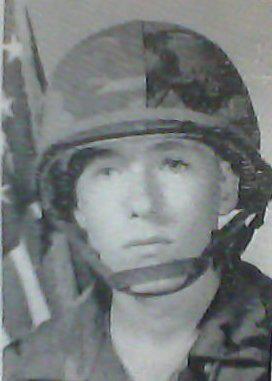 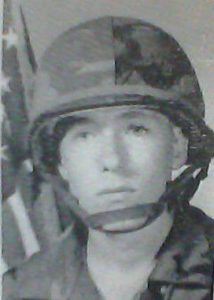 I was an 18 year old kid when I joined the U.S. Army back in 1984-85. It was during the height of the cold war between the Soviet Union and the United States.

My Commander in Chief at the time was Ronald Reagan – perhaps our greatest President.

I’ll never forget stepping off the bus onto Ft. Benning, Georgia, that cold morning for the first time at the reception center-for what would turn out to be the adventure of my life…

It’s been over 20 plus years now since Boot Camp at Ft. Benning, Ga. Yet I remember it like it was yesterday.

We were one of the last cycles to use the old WW II era barracks for Basic Training at a place called “Harmony Church”, due to the echoing calls of cadences of men running in formation or marching in columns wherever they went. Their voices carried for miles.

The old barracks are all gone now, torn down in the 1990’s, from what I understand, but some things never change!

Someone asked me recently if you had it to do all over again would you still do it? My answer is “hell no”.

It was some of the most grueling and miserable experiences of my life. Most of the time I was totally exhausted and every muscle in my body ached with pain.

Who the hell, for example  would want to re-experience choking on CS gas in the gas chamber, or digging trenches only to have to rebury them again as punishment for some minor infraction, like “looking at the Drill Sergeant the wrong way?” Or peeling hundreds of potatoes for that jerk Mess Sergeant who treated us like crap and made our lives miserable on KP (Kitchen Police) duty!

Back when I was in a Drill Sergeant could hit you! I don’t think they can do that today?

The Army life was definitely not me that for sure. I also wouldn’t recommend it for most people. In my case, as with so many others I knew from rural and inner cities all across American at the time – we joined so we could escape poverty. None of us could afford to go to college that’s for sure! Most of us barely graduated high school!

For me, as well the training was extra tough because I was physically weak going in. As a kid I suffered asthma  growing up!  It was hard for me to keep up on runs and forced road marches.

I remember most of the recruits lost weight I gained it!

I also remember that no one tells you when you sign up for the Infantry that you really need to be a world class athlete going in. Most of the guys were athletic and played football in High school, or grew up on the farm- for them it was no problem – for me it was physically demanding and I wasn’t sure I would make it.

I remember on a 10 mile road march my feet bled so bad from the blisters – the blood pooled in my boots and made squishing noises with every step.

I finally got out of military service because it wasn’t for me.

The whole time I was in the infantry I hated it. Not being able to shower for weeks on end in the field, picking off ticks and fighting mosquitoes, eating MRE’s (Meals Ready to Eat )…

Others loved it, or at least they acted like they did?

It also fundamentally changed me – in ways that I couldn’t imagine.

I was scared almost the entire time.

They were also  desensitizing me!

In psychology, desensitization is defined as the diminished emotional responsiveness to a negative or averse stimulus after repeated exposure to it. In my case it was a process of changing the targets I shot at over time into silhouette that looked more and more like people. More specifically enemy soldiers. Eventually the targets were outlined in human forms of soldiers with stars on their helmets. The idea was it would be easier for me to kill another human being.

There was also some brainwashing going on – especially concerning bayonet training. I remember some of the cadences we were made to sing. “What is the spirit of the bayonet?” We would have to yell back “To Kill!” What are the two types of people on the battlefield? “The quick and the dead!” What are you? “They quick!” What are they? “The dead!” On and on, over and over again.

I learned many valuable lessons however.

Lessons I still carry with me to this day.

Not the least of which is a profound respect for the value human life and a realization that war is a tragic situation that should never be engaged in lightly.

I lived life since that time so I appreciate life much more.

When I was in the US Army back in the day we got involved in war on average of about 1 in every 7 years. Today we engage in perpetual war.

Afghanistan for example is the longest war in US history. Going on 12 years now. When will we ever learn? I saw a child the other day who was 13 and thought he grew up his whole life at a time when we have been at war in the world. What a legacy?

War should be a last resort. Instead we treat it as the first resort. War has became a sort of game that politicians play.

Arguably the U.S. Army Infantry School produces the world’s finest Infantry combat leaders by preparing officers and enlisted soldiers to perform Infantry duties required in war with the emphasis on the art of command and leadership.

For the enlisted folks it was the development of tactics, techniques and procedures to implement approved doctrine for Infantry units at brigade level and below is the mission of the Infantry School.

The emphasis was  in the development, review and testing of doctrine and material for Infantry units…

Not much has changed, I suppose about the fundamentals of the training that I underwent so long ago at Ft. Benning. They still train infantry soldier there today.

Fort Benning, Georgia is known in fact as the “Home of the Infantry.”

This was, of course only the beginning for me – my next stop was Airborne school at Ft. Benning, which was an new definition of pain.

Filed under: Military, News
Share Tweet Pin G Plus Email
previous article: Practical advice on how to survive in jail or prison
next article: LESSONS FROM ‘ZARB-E-AZB’-PAKISTAN’S WAR ON TERROR IN NORTH WAZIRISTAN!