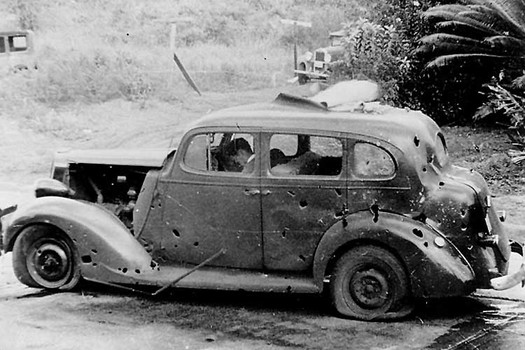 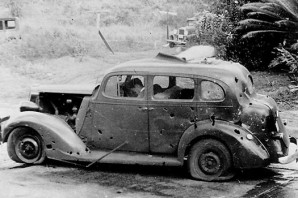 On December 4, 2014 Rep. Ted Poe of Texas asked for and was granted permission to address the United States House of Representatives for one minute to remember the devastating attack  at Pearl Harbor on December 7th 1941:

Mr. Speaker, it was a bright Sunday morning in the islands of Hawaii. America was at peace and unprepared for war. Soon the rising Sun was darkened by hundreds of Japanese planes as they strafed and bombed Pearl Harbor. The American battleships were sunk. Over 2,400 United States military were killed. Most of the United States aircraft was destroyed while still sitting on the ground. It was December 7, 1941.

But in the chaos and confusion and still in his pajamas, Army Air Corps Second Lieutenant Philip Rasmussen and three other fighter pilots took off into the blazing sky. They met 11 Japanese planes head on. Rasmussen was flying an old outdated P-36 Hawk, and he shot down one Japanese plane while enemy fighters attacked him. They shot up his plane with over 500 bullet holes, but he was still able to continue the fight and eventually safely land. Rasmussen received the Silver Star for his defense of America that day and remained in the Air Force.

As we contemplate on Pearl Harbor and those that were killed, we should remember there were a few who gallantly took to the air to fight those invaders. From the beaches of Hawaii to the beaches of Normandy, those that died and those that survived were America’s Greatest Generation. We thank the good Lord that such Americans ever lived.”