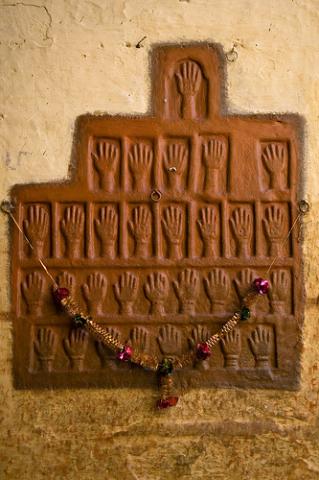 It is an irony that India has still remnants of Sati in many parts of India. Before proceeding further it is necessary to know what is meant by Sati.

Sati is the self-immolation of a woman at the funeral pyre of her husband. Sati might have been a crime or even abhorred, even if a woman had voluntarily decided to self-immolate herself, along with her husband, which was tantamount to suicide. Had it been forcible,it is highly condemnable. Just consider a case as an example. The husband’s body had reached the cremation ground. The pyre was ready to be set aflame. But still the people were waiting for the arrival of his wife, who was about to commit Sati and to die  or rather accompany her husband to the unknown world. There she came, not willingly but rather unwillingly she was being dragged on to the funeral pyre of her husband. When she was getting nearer and nearer to the funeral pyre of her husband, the woman broke down and began to cry louder not because that she lost her husband, but she bemoaned her own death. But the people of those days deeply immersed in superstitions, wanted to safeguard the time immemorial customs, tied her hands and legs and threw her away in the funeral pyre which was set aflame some time back. Because of the scorching heat of the funeral pyre, She screamed aloud but gradually her sounds and cries got reduced for she was consigned to flame.

It was the legendary Bengal reformist leader Rajaram Mohan Roy who witnessed such a scene, had started a crusade against Sati after witnessing how on the death of  his brother Jagmohan in 1811, his widow had been forced to commit Sati.

The crusade launched by Raja Rammohun Roy far beyond Bengal, eventually compelled the  then British Ruler Lord William Bending, to take notice and this evil practice was outlawed throughout British India in 1828.

Recently the Indian minister for state, Ms.Renuka Choudry, realising that India has still some remnants of Sati in India, proceeded to make provisions of the Commission of Sati (Prevention) Act, 1987, more stringent. But a group of ministers  mostly felt that it would not be possible or feasible to take steps to completely stop the glorification of Sati as proposed by the minister Ms. Renuka. .Stringent punishment was prescribed for glorification or promotion of  Sati and the offences were made to be cognizable and non-bailable under the provisions of the changed law. But there are some practical difficulties.

Sati temples existed in several parts of the country and if the glorification of Sati is completely outlawed then these Sati temples are to be demolished. Besides the proposed changes would make a woman committing or attempting to commit Sati a victim not an offender and those who abetted the act or who did nothing to prevent it would be deemed the offenders.The amendment was intended to ensure harsh punishment for those who instigated or encouraged women to commit Sati. For the reasons stated above the amendment bill was dropped.