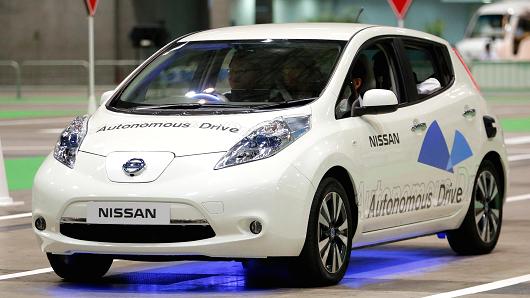 There is now way of knowing for sure exactly when autonomous cars will achieve mass adoption, but the fact is that the race to launch the first driverless vehicle has been in full effect for quite some time now.

The Renault-Nissan Alliance has not been working on autonomous driving technology as vigorously as some other car makers, focusing instead on long-range electric cars, but it has decided to change that and start putting much more effort into self-driving vehicles.

The Alliance, which is currently the global leader in electric-car sales, has announced that by the end of the decade, it plans to launch several vehicles that will feature advanced self-driving technologies and will have a high level of autonomy.

Renault-Nissan says that it intends to bring more than 10 autonomous cars to market by 2020, which is an ambitious goal, given that it has yet to introduce its first self-driving model. However, there is another aspect of the alliance’s plan that might be even more intriguing. It’s the fact that every single autonomous model that it will introduce will be mass-produced and affordable.

Developing a mainstream, mass-market self-driving car would be a major challenge even for automakers that are larger and have more resources than the Renault-Nissan Alliance. The technology that goes into autonomous vehicles is still extremely expensive, which is why self-driving cars are expected to cost drastically more than conventional vehicles, at least during the first couple of years after their commercial deployment.

However, the Alliance did say that it won’t roll out a fully-autonomous car right away, but rather introduce various self-driving technologies in several stages over the next four years. The first autonomous feature that will be launched is called single-lane control, and it will be available later this year. Cars that will be equipped with this feature will be able to operate completely independently on the highway, as long as it stays in one lane, as well as on city streets.

In 2018, the plan is to give cars the ability to change lanes while driving themselves on highways, which means they will be able to overtake other vehicles and avoid various obstacles on the road on their own.

At the end of the decade, a feature that allows cars to drive through intersections and move on crowded city streets without any input from a human driver, which would be one of the latest stages before achieving full autonomy.

Renault-Nissan will roll out the 10 planned mass-produced models with self-driving capabilities in four major markets: the United States, Europe, Japan and China. Simultaneously with developing autonomous driving technologies, the Alliance says that it is working on creating new connectivity applications, that should improve the overall occupant experience.