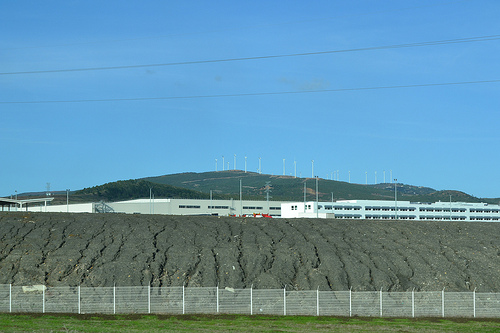 Renault, the French automobile giant well-known for its multi-million dollar partnership with Nissan, has begun to move much of its operation not just out of France, but out of Europe entirely.

According to the Committee of French Automobile Manufacturers, Renault produced over 100,000 vehicles at its Tangier, Morocco factory in 2013 alone. That’s 485 vehicles per day: roughly twice the number of cars built there in 2012. The French news corporation Actu-Eco claims that Renault will continue to increase production at the factory in hopes of eventually producing 400,000 vehicles a year there.

Renault cars are sold around the world under makes like Nissan, Samsung, and the Russian Avtovaz, making Renault the fourth largest car manufacturer in the world, behind Toyota, General Motors, and Volkswagen.

This dramatic increase in Moroccan production is easy to explain. Actu-Eco reports that automobile factory workers in France are paid an average of $40.72 per hour. In Morocco, salaries for the same work are as low as $6.10 per hour.

Though vehicles produced by Renault are increasingly manufactured in North Africa, France remains the number one consumer of Renault cars, though Germany and Turkey also make up a large portion of their market.

Renault is far from the only automobile manufacturer shifting its operations to Africa. BMW has similarly large factories in Rosslyn, South Africa and Cairo, as does Toyota in Mombasa and in Sandton, South Africa. Approximately 20% of Toyota vehicles are built in South Africa, a number that is rising despite a shrinking global market. Mazda, General Motors, Ford, and others are similarly reliant on large African factories where wages are often considerably lower than in Europe, Asia, or the United States.

Perhaps encouraged by the success of its Tangier site, Renault is considering building another large factory in Algeria.