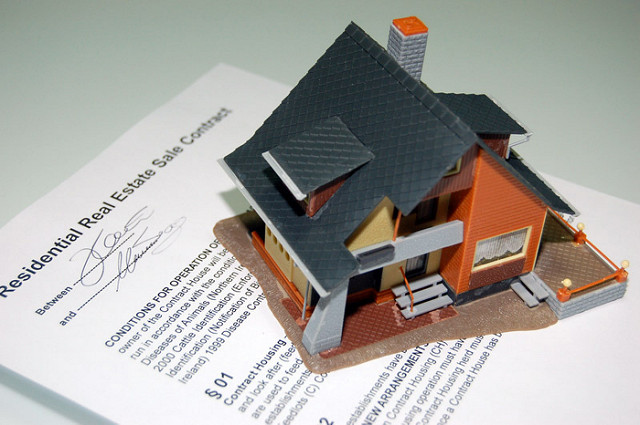 Renting out a home is a tedious, time consuming process that comes with a lot of heavy baggage (quite literally). The real estate business is highly competitive and it’s easy to lose a renter to a competitor over something seemingly trivial. As a landlord you need to do everything in your power to tilt the scales in your favor. Unfortunately, choosing from a pool of eagerly waiting tenants is not an option. Sometimes you have to attract them. And the more applicants you can attract, the better your prospects.

These five tips – from simple quick fixes, to last minute installations – will give your property a unique edge over your competition.

Dress to Impress, but Keep it Neutral

Even if you think that a bright red bathroom or orange feature wall looks cool and funky, remember that your property must appeal to the masses. Stick to a neutral color for the base, such as tan, cream or beige, but offer prospective tenants the option to redecorate when they move in if they agree to repaint the room before they leave. This neutral color rule also applies to tiles, hardwood flooring, carpets and cabinetry.

Think about the 60-30-10 color rule: 60 percent primary (base neutral color), 30 percent secondary (complimentary neutral color), and 10 percent accent (something bold). Accent colors, such as reds, blues and greens, can completely change the vibe of a room, and you won’t even need to get out the paintbrush. If you want your property to reflect the latest trends, accessorize using boldly colored cushions, candles, and vases.

Programmable thermostats and wireless air conditioning units are nothing new, but they’ll certainly seem like a luxury. Virtually every modern electronic device can somehow be connected to a tablet or smart phone, and while Bluetooth and wireless activation is common, there’s still something a bit space-age about it!

Nowadays everything from the room temperature to the water boiler can be programmed. These systems aren’t just a gimmick; they can significantly boost energy efficiency. Companies like Belkin have even started developing home automation devices in conjunction with Apple and Android to allow complete control over electronics.

Robotic lawn mowers were launched in the Nineties; however, they’ve only recently started taking off. In Scandinavian countries it’s unusual to see a garden without them. And in England they’re expected to become the largest growing sector in the lawnmower market. When the temperature and conditions are right these little pods will drive out of their hatch and trim the grass automatically.

The most popular brand on the market is Robomow, namely due to their advanced security and anti-theft features. Robomow lawn mowers require PIN activation and will only work when placed within a model-specific boundary wire. If you want to ensure the garden remains neat and tidy an electric lawnmower could be highly beneficial.

Inspect the Doors and Windows

Doors and windows deserve extra special attention for three reasons: they are a primary moving part, they play a pivotal role in energy efficiency, and they significantly influence the brightness of the interior. Doors and windows that aren’t properly insulated or don’t open and close smoothly are a major deterrent. If you have old windows consider replacing them altogether; it’s a one-time expense that’ll pay off over time.

Doors in particular are subject to a great deal of stress. All the slamming and pulling will inevitably take its toll. Inspect all of the doors with close scrutiny, especially patio doors and window screens. If they don’t hold up to your standards, they probably won’t hold up to the savvy renter’s standards either.

Renovate, Remodel and Reduce Your Bills

Sometimes it takes money to make money. The thought of spending cash may seem counter-intuitive, but if you’re not in a rush to pack up and leave some minor renovations could be worth it. The average bathroom renovation is $10,000 and the average kitchen costs around $18,500. These are significant investments. However, you can undertake outdoor decking, professional landscaping, re-painting and other minor aesthetic upgrades for under $1,000. This could significantly boost your monthly asking price.

Think about energy efficiency. Anything that’ll reduce the monthly bills will be a major incentive for renters and could give you a few tax perks. You can claim back 30% of the costs for installing alternative energy solutions (excluding labor), such as solar panels and water heaters. Some homeowners can even generate enough energy to sell back to the grid and make a small profit.

But most importantly, hunt around for a decent supplier. Don’t shun the big companies under the assumption that they’re not efficient enough. According to Energy Company Numbers, EON is the second largest provider of offshore wind farms in the world, and a major player in the biomass/wave power sector. However, few people realize how much they’re trying to support green energy industry.

Study Your Competition and Target Demographic

Forget about clutter, cleanliness and curb appeal for a second and start from the beginning. Finalizing a deal is one thing, but attracting renters is something else altogether. Every property has a unique selling point, something that will make it more desirable. Assess your competition with close scrutiny and try to find something unique that your property can offer.

Check out local newspaper listings, real estate offices and classified ad sites. Keep a watchful eye on properties that are within a similar location and price bracket. If another property is emphasizing a renovated kitchen, bathroom or something you can’t compete with, focus your ad around something different. Perhaps you have a patio for barbeques or a Starbucks nearby? – Believe it or not The Starbucks Effect can actually add quite a bit of value to your property. According to studies conducted by real estate research group, Zillow, homes within a quarter mile radius of a Starbucks rise in value much faster. In short, sell what the home has; don’t even mention what it lacks!

The world is filled with unreliable tenants. No matter how desperate you are always exercise caution. The last thing you need is someone who struggles to pay rent and leaves your property in a state of disrepair when the lease runs out. If you set your standards high and put in the extra work, you’ll be rewarded in the long run.