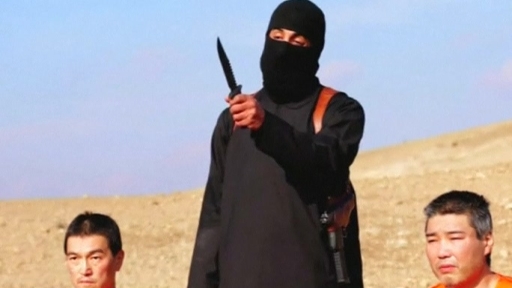 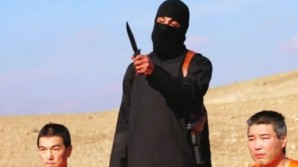 ISIS Jihad Johnny taunts the Japanese government by threatening to cut the heads off two of its citizens unless it pays $200 million dollars. Meanwhile Prime Minister Abe is reportedly furious and is rumored to be considering offensive military action against ISIS. Calling their actions “unforgivable.” We called the Japanese Embassy in Washington which refused comment in this situation.

On January 20, 2015 Rep. Jackson Lee of Texas asked for and was granted permission to address the United States House of Representatives for one minute regarding the outlaw terrorist group called ISIS, also known as “the Islamic State of Iraq and Syria”:

“Mr. Speaker, this morning most Americans woke up to the news that ISIS was holding two citizens of the nation-state of Japan and, in the holding of those citizens, threatening to kill them, asked Japan to give $200 million.

Mr. Speaker, does that sound like an organization that is dedicated and committed to principles however much we disagree with them, or does it sound like a group of thugs who are willing to do anything to gain money to promote their evil and dastardly acts?

The very existence of ISIS and others is not a reflection on Islam. Over the weekend, we have seen so many that have expressed opposition to these terrible acts. That is why it is so important, as we listen to the President’s State of the Union, that the Congress, although with different opinions, agree to work on behalf of what is good for all of America, both building the economy but fighting against the war on terror, not only with weapons but with educating about democracy and principles and equality and trying to win the hearts and minds.