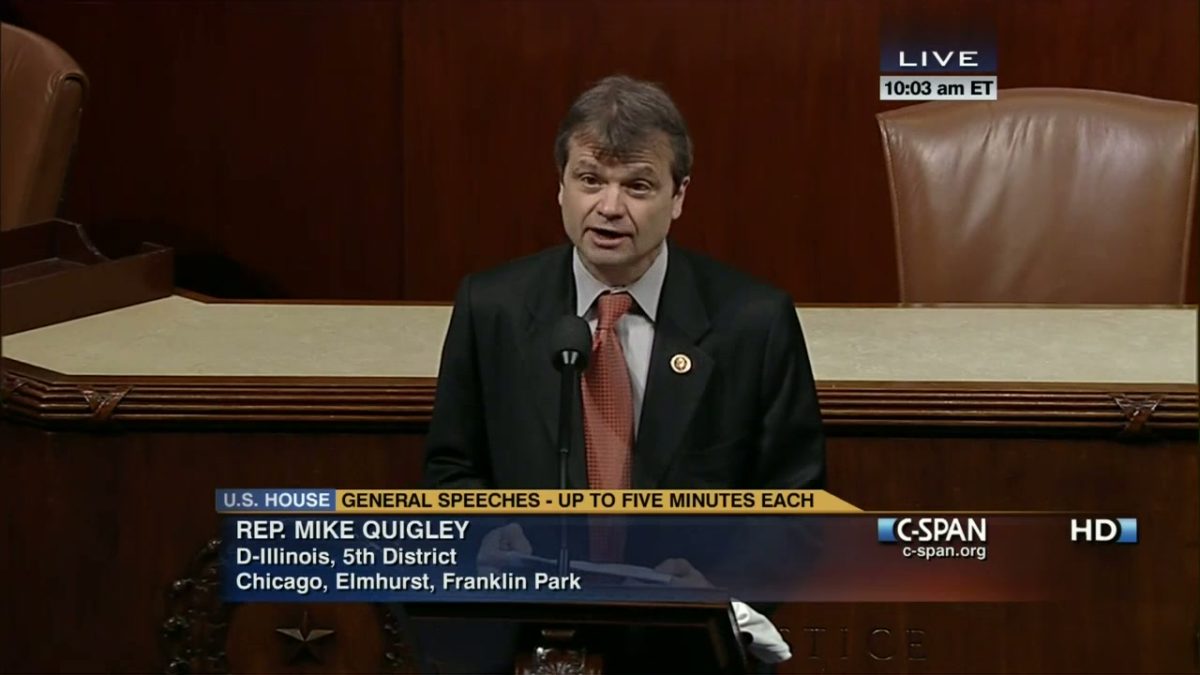 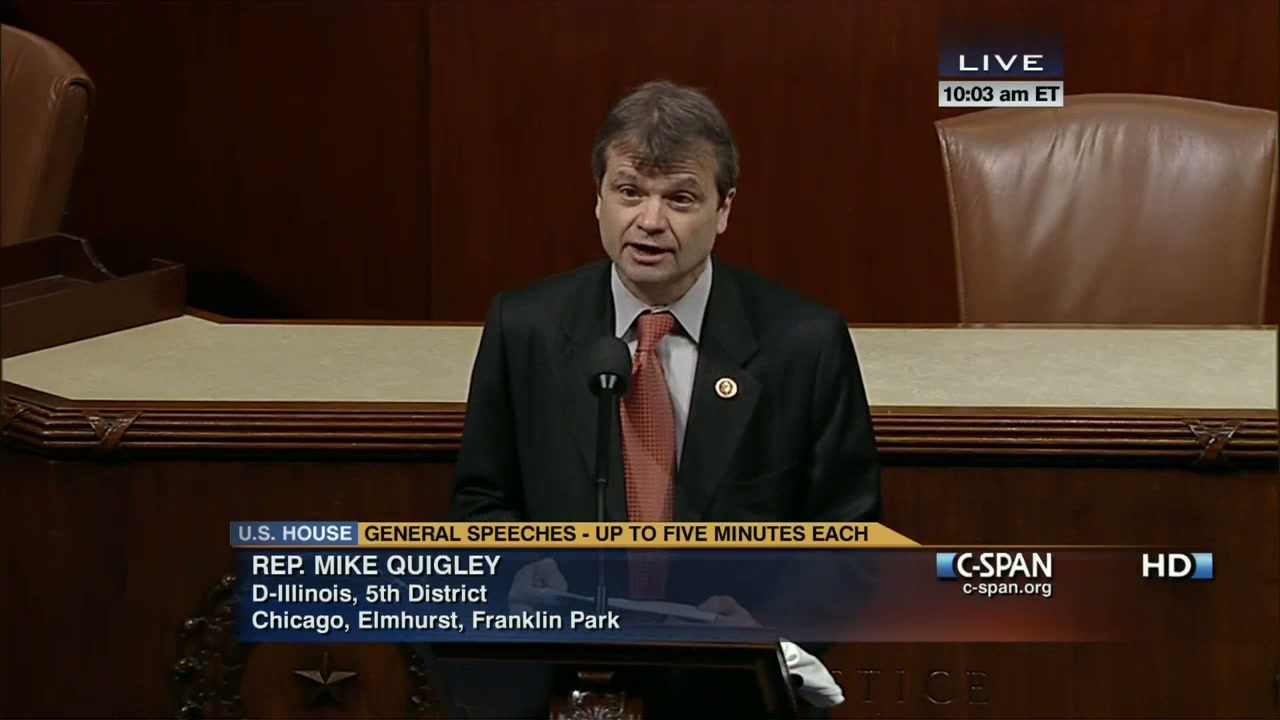 “Please accept a victory and restart the government so we can get back to the real work of this body”, said Rep. Quigley.

On October 8, 2013 Rep. Mike Quigley of Illinois asked for and was granted permission to address the United States House of Representatives for five minutes regarding the government shutdown and looming default of the economy.

“Mr. Speaker, just days before the United States Government reaches its statutory borrowing limit, let’s be clear: this is not new spending. This is agreeing to pay the bills we’ve already accrued. Senator Alan Simpson said it best: If you’re a real conservative, an honest conservative without hypocrisy, you’d want to pay your debt.”

“Eight days ago, a minority faction of the Congress chose to shut down the Federal Government. This was touching the fire. To refuse to lift the debt ceiling is to place our entire hand into the fire. A Reagan economist called this debate “playing with matches around gasoline.” Yes, that’s the same President Ronald Reagan who raised the debt ceiling 18 times without the accompanying brinksmanship. And let’s remember, during the 2011 debt ceiling debate, the mere threat of a default scared the markets and drove up interest rates. Retirees lost $800 billion in assets as markets tumbled. Home buyers lost $100 a month as rates spiked. The harm this time could be much worse. We need to pay our bills so we can start solving the real problems facing this country rather than fixing ones we caused ourselves. And, Mr. Speaker, what is most extraordinary about this fiasco is this: I thought budget negotiations were supposed to be about funding levels, but this Nation’s most contentious budget fight in nearly 20 years isn’t about funding levels at all; it’s about using the budget as leverage to repeal or delay an existing law”, he said.

“Despite the destructive effects of sequestration, in an effort to compromise, we gave in to the demands to the majority and accepted their $986 billion spending limit. Just put this into context. The $986 billion level is 17 percent below fiscal year 2010 spending and 10 percent less than the original Ryan budget. It is below Simpson-Bowles. If that’s not compromise, I don’t know what is. Those on the other side of this aisle don’t know how to take “yes” for an answer. We agreed to deeply slash government spending. Please accept a victory and restart the government so we can get back to the real work of this body”, said Rep. Quigley  (source: Congressional Record: