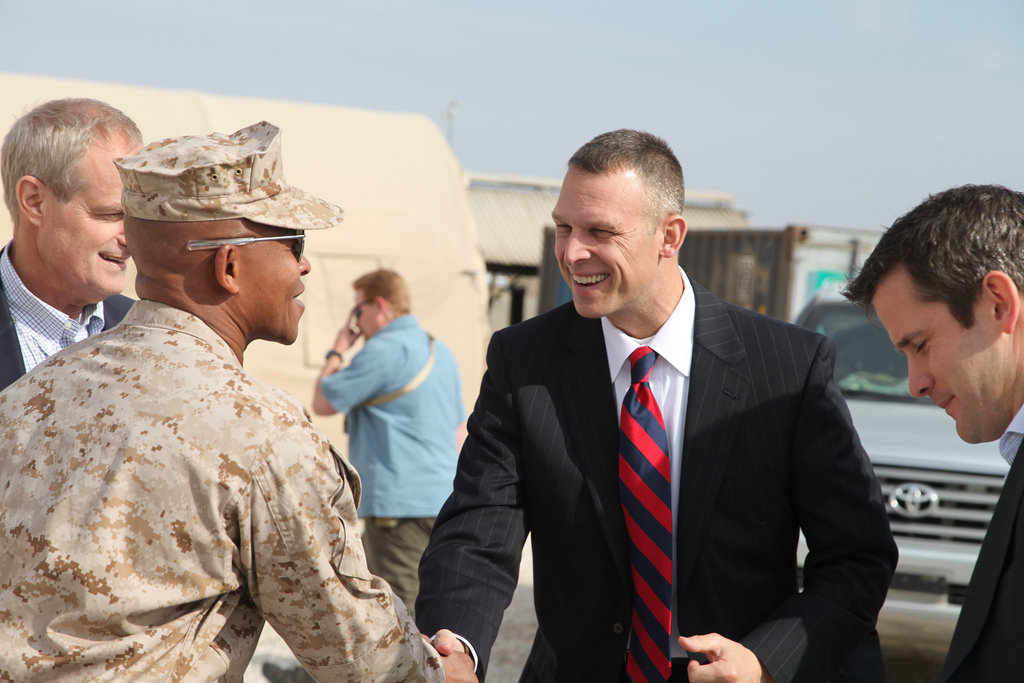 On March 6, 2014 Rep. Scott Perry of Pennsyvania asked for and was granted permision to address the United States House of Representatives for one minute regarding an issue he feels passionately about:

“Mr. Speaker, recently recorded in political dialogue was a statement about one of my colleagues somehow feeling that his military service “entitled him to a seat in Congress.”

“Mr. Speaker, no one in the military feels that their service entitles them to anything. I am deeply disappointed in the implication that because I served my country, I feel entitled to serve in this esteemed body–or, for that matter, to anything. My colleague didn’t pledge an oath of service to God and country because he felt he would get something in return.”

“Mr. Speaker, this type of statement not only is regrettable, reprehensible, and offensive, but it diminishes the sanctity of military service and those who tirelessly and selflessly dedicate themselves to it”, said Rep. Scott Perry (source: Congressional record).

After reading this speech I checked the record and confirmed with the Department of Defense that Rep. Scott is also a military veteran.

He began his military career in 1980 when he enlisted in the Pennsylvania Army National Guard. He attended basic training at Fort Dix, N.J., and graduated Advanced Individual Training at Fort Belvoir, Va., as a technical drafting specialist. He graduated as the president of his officer candidate school and was commissioned a Second Lieutenant in the Field Artillery branch. Lieutenant Colonel Perry served as the Commander of the 2-104th General Support Aviation Battalion,which deployed to Iraq from January 2009-January 2010. In February 2011, Scott was promoted to the rank of Colonel, and recently assumed garrison command of the Fort Indiantown Gap National Training Site.  He is a graduate of the US Army War College with a Master’s Degree in Strategic Studies.

Scott has been serving as the Congressman from Pennsylvania’s 4th Congressional District in 2013.

He currently serves on at least three Committes in the House 1) the Transportation and Infrastructure, 2) Homeland Security and 3) Foreign Affairs Committees.

Filed under: News, Politics
Share Tweet Pin G Plus Email
previous article: Gazprom and 3rd Energy package: is there any justification for exceptions?
next article: How one ought to despise the flesh and live in this world