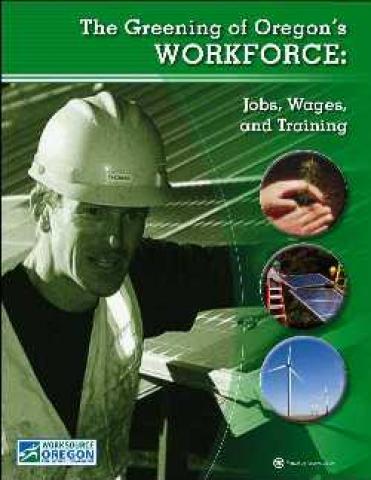 A new report has estimated that Oregon was home to 51,402 green jobs in 2008.  The report, The Greening of Oregon’s Workforce: Jobs, Wages, and Training, was based on a survey of employers and was produced by the Oregon Employment Department.

About half of Oregon’s green jobs were found to be in the construction, retail, and waste services industries. A little more than a quarter of the state’s green jobs workforce worked as carpenters, farm workers, truck drivers, hazardous materials removal workers, and landscaping or grounds keeping personnel.

A green job was defined as a job providing services or producing products in the following areas: