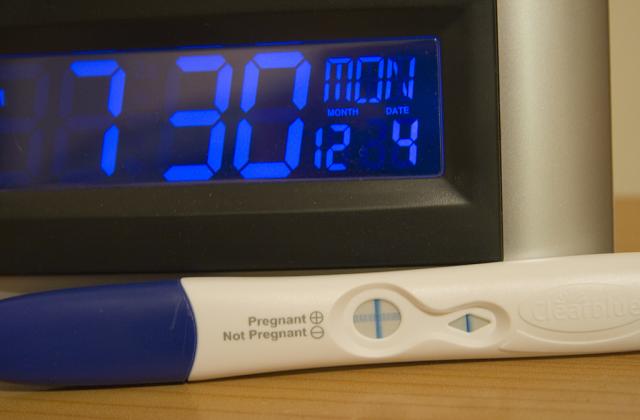 A bill proposed by Kenyan women’s rights groups, which would make it easier to have an abortion, has re-sparked the debate about legalizing abortion. The procedure is currently illegal in Kenya, unless the pregnant woman’s life is in danger. Many religious leaders and politicians in the country have spoken out against this attempt to change the abortion law.

Women’s rights groups launched a campaign earlier this year to ensure that reproductive and sexual health care in Kenya is accessible, available, and affordable. Part of this campaign is the proposed Reproductive Health and Rights Bill 2008, which was drafted by the Kenyan chapter of the Federation of Women Lawyers and the Coalition On Violence Against Women. The bill addresses various reproductive health issues, including a push for easier access to abortions. It proposes, for instance, that a statement by a pregnant woman or any other proof that her pregnancy is due to sexual assault, rape, defilement or incest guarantee a legal abortion.

“Abortion is still a hush-hush issue in Kenya. But despite laws, which restrict the termination of pregnancy, illegal abortion continues in this East African nation unabated. There are no easy answers to this emotive issue. On the one side, there are those who argue for the woman’s right to choose to have a baby or not, while others, using religion as the base, argue for the rights of the fetus.”

Women’s rights groups argue that access to abortion is a health issue too, since many women undergo unsafe abortions. Although accurate statistics are hard to obtain, since abortion is largely illegal, a national study showed that about 300,000 abortions are performed each year in Kenya, causing an estimated 20,000 women and girls to be hospitalized with related health complications. This translates into about 800 abortions a day and the death of 2,600 women every year. Another report estimates that more than 40 percent of Kenya’s maternal mortality rate is due to unsafe abortions.

To help protect women’s health, morpheus revolutions points out that doctors sometimes take matters into their own hands.

“Kenyan doctors often take a very ‘liberal’ approach to the interpretation of Kenya’s restrictive abortion policy, with the knowledge that if they do not, women will be forced to conduct unsafe abortions that place their lives at higher risk.”

The kenyanobserver argues that the abortion law doesn’t make sense, and that it’s been written mostly by and to protect men. He says:

“Kenya has one of the most restrictive abortion laws even as the rest of the world relaxes those laws yet abortion rates are increasing and becoming more dangerous as women take greater risks to complete their abortions. A visit to ward 1D in Kenya where women end after botched abortions is a sobering evidence of this. I’m sure that there are legitimate reasons for restricting abortion. The thing I don’t understand is the hypocrisy by the government on this issue given these sobering statistics. Did you know that a person found helping to complete an abortion in Kenya can be subject to capital punishment? What about the men who forcibly rape young girls, relatives and mentally retarded women all over the country?”

MUNGA, blogging on CONTROVERSIAL, says the solution is to legalize the procedure.

“Abortion in our country Kenya is a never ending story. First you have the police going after doctors who allegedly have performed the ‘vice’ being imprisoned. However, the solution to the problem in my opinion is not to go after the doctor’s, after all they are trying to get a sense of livelihood though through the wrong means. As such I would go for pro life and pro choice, let the ‘pregnant couple’ decide what to do about their situation. This will only be possible if abortion is legalised in Kenya.”

However, other bloggers agree with Kenyan politicians and religious leaders who oppose a less restrictive abortion law. John Smeaton, blogging for the Society for the Protection of Unborn Children, says the bill should not be passed.

“The bill, if passed, will promote and allow easy access to abortion on demand, with virtually no safeguards to protect unborn children.

Under the subtle guise of ‘reproductive rights’ language, the bill declares ‘safe and accessible abortion-related care’ as a reproductive right. Abortion can be permitted provided that ‘the continued pregnancy would pose a risk of injury to the woman’s physical or mental health.’ This will, in effect, allow abortions on demand.”

Arthur Okwemba, writing for the African Woman and Child Features Service, warns that regardless of which side of the abortion debate Kenyans support, the issue has to be dealt with — it won’t just go away.

“Recently the Kenyan press sensationalized, even using pictures, the death of 15 fetuses apparently due to illegal abortions. The public shrieked and public condemnation of abortion was rife. But this response will not discourage the young women, who saw no other choice open to them, from repeating the act again.”