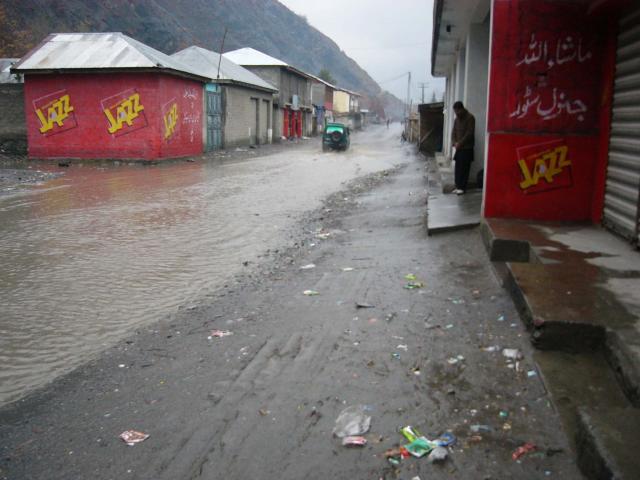 35 commuters were survived in rescue operation by NHA security staff at Lawari top.

CHITRAL: As well as 35 passengers comprising over children, security staff at Lawari Top in Rescue operation survived women and aged people. According to Assistant Director National High Way Authority Lawari Rail Tunnel Anwar Khan Khattak  a convey of 7 vehicles was on its way from Chitral to Peshawar via Lawari top carrying some 35 passengers. When this bad luck conveys reached to Matti Khwar at Lawari top it restrained (seiged) in heavy and continue snowfall.  As the under construction Lawari Rail tunnel is being completing by Sambu Korean company and paramilitary forces including Frontier Constabulary are performing their duty as security staff with foreigners Engineers. This convey departure their journey at 7.00 at morning but when they not reached Dir side at afternoon the security staff on direction of NHA authorities started their rescue operation on the direction of Abdul Samad Project Director of lawari Rail tunnel and crossed Lawari top by feet. The security staff reached Matte Khwar where these passengers have been strained in snow. They recovered them and saved them successfully in rescue operation. The women folk and children were shifted back to Ziarat at Nasrullah hotel while the men were shifted to south portal of the tunnel.
They were given first aid by NHA security staff and were accommodated at Ziarat and south portal at Dir side. It is worth to mention here that the only land route between Chitral Peshawar has been closed on Tuesday at Lawari top having the altitude of 10500 feet from sea level. While on the other hand main road between Chitral and Gilgit also have been blocked at Shindoor pass due to heavy snowfall as a result Chitral have been disconnected from other sorts of the country. Schedules PIA flights also continuously suspended since Tuesday due to bad weather. Social and political circle of Chitral highly lauded NHA and their security staff for successful rescue operation on surviving of 35 passengers at Lawari top from snowfall. It is worth to mention here that a large number of people dying at the top of Lawari pass while they trying to cross snowbound Lawari by feet in winter season. The Project Director of Lawari rail tunnel Abdus Samad have appeal general public to not cross Lawari top by feet during snowfall.
G.H. Farooqi PO Box No. 50 GPO Chitral Pakistan phone No. 0943 302295, 414418, 03025989602
Email: gulhamad786@hotmail.com,gulhamaad@yahoo.co.uk
Filed under: Lifestyle, World
Share Tweet Pin G Plus Email
previous article: Bush shoe-ing a hit on Internet, TV
next article: Hurdle in way of Chitrali people